Ash Barty powers into the last eight of the Coupe Rogers with victory over Alize Cornet of France. 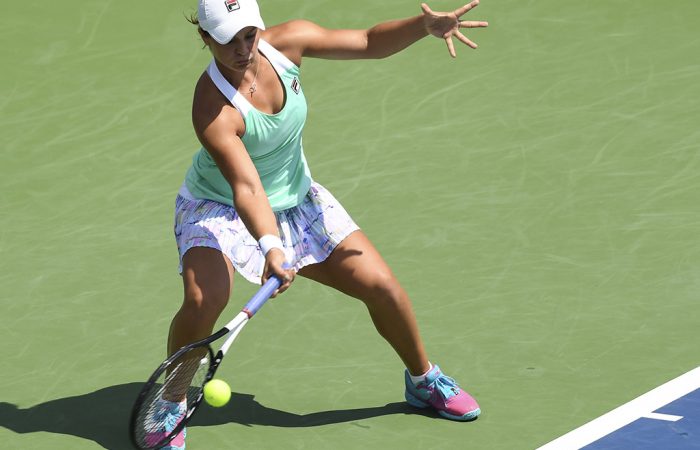 Australian No.1 Ashleigh Barty booked a place in the Coupe Rogers quarterfinals with a straight-sets victory over France’s Alize Cornet.

In their only only previous meeting, Cornet had beaten Barty in straight sets in the opening round of the 2014 French Open.

[email protected] takes a thrilling rally to turn the tide in Montréal! 😱🏃‍♀️💨

The Frenchwoman also stunned Wimbledon champion Angelique Kerber 6-4 6-1 in her previous match in Canada on Wednesday.

Cornet also tested Barty on Thursday, with the Australian having to break her four times and close out a first-set tiebreak.

The second set was much more straightforward for Barty, who will face Dutch world No.18 Kiki Bertens for a place in the semifinals.

“It’s going to be a difficult match, of course,” Bertens told wtatennis.com about facing Barty.

“She’s playing some great tennis. Smart girl, also with a lot of slice. I don’t know what the conditions are going to be tomorrow, but we’ll see then. We’ll make a good plan, and hopefully it’s going to be a great match.”