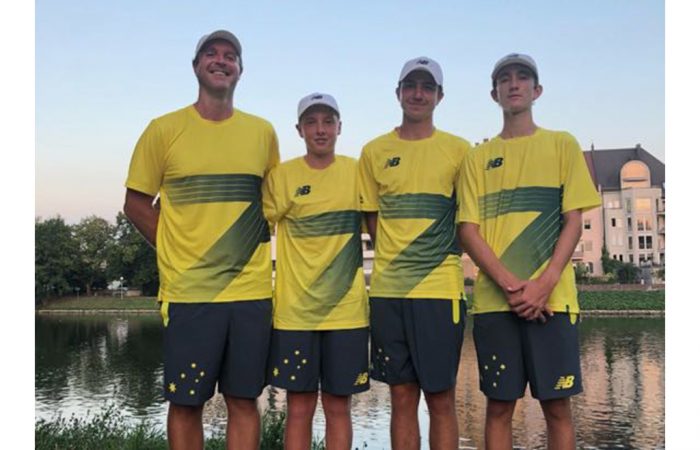 Tennis Australia has announced the 14-and-under boys team set to compete at the prestigious ITF World Junior Tennis Finals at TK Plus Centre in Prostejov, Czech Republic starting today from 6 to 11 August 2018.

The competition format begins with an early round-robin stage with the respective top two nations from each pool being selected for knock out quarterfinals to determine the World Junior Tennis champions.

Australian team captain Tom George said the boys were looking forward to competing in the finals of an international event.

“The team have been busy training for the World Junior Tennis finals. We’ve been in Europe for the last month and the team have experienced some solid match practice while competing on the European Junior Tour,” George said.

“Having the opportunity to compete internationally is a good stepping stone for junior athletes and I’m hoping the boys can gain a lot from the experience.

“We’ve drawn a pretty tough round robin group with Canada, France and Switzerland all in our pool but I am confident the boys can rise to the challenge and give it their all.”

The Aussies will take on fifth seeds Canada in the first round robin matchup before facing top seeds France and reigning champions Switzerland to earn a spot in the quarterfinals.