Rinky Hijikata is a NSW Tennis Australia Academy junior player with goals to represent Australia in Davis Cup and win a Grand Slam. Get to know the promising 17-year-old from Sydney… 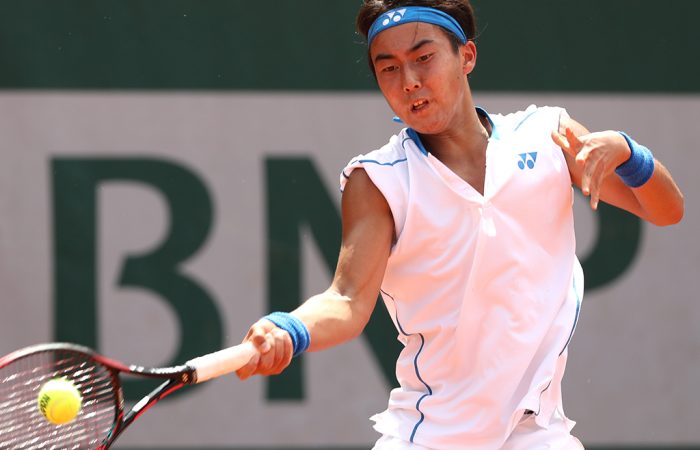 When did you start playing tennis and why?
When I was three because my dad is a coach and I used to pick up balls when my siblings played.

What / who has made you the player you are today?
I think I’ve had a lot of exposure to international travel and good coaches since a young age. I’ve had a lot of people help me and give different insight into my game since I can remember and I’ve been able to use that knowledge to try to shape my game. I’ve also travelled from a young age which is great because you can get exposed to a toughness of competition that you struggle to find domestically sometimes. Also having a good group of Aussie guys to always push each other to get better helps a lot.

What was the pathway you took to get to where you are?
I started playing tennis when I was young along with a bunch of other sports that I loved. When I was around 10, I was doing pretty well and I joined the Sydney National Academy where I’ve trained ever since. I went to the Kings School up until year 11 and then I started doing distance education through correspondence with Tennis Australia which has helped fit my busier training and tournament schedule. I played in the Australian team in the 14/u and 16/u age groups which have been some of the most memorable moments in my tennis journey to date.

How have you found the transition to the international junior tour?
I’ve found the ITF Tour to be really good. It can be a bit tough spending so much time away from home, but I love going to new places so it doesn’t bother me much. You make a lot of good mates at each tournament too.

Favourite thing about tennis?
Getting to travel and meet different people from around the world.

Favourite hobby?
Going to the beach.

Who do you look up to?
Lleyton Hewitt.