Aussie tennis moves to Nine in 2019

Nine Network will become the new home of Australian tennis in 2019 following an agreement between Tennis Australia, Nine and the Seven Network. 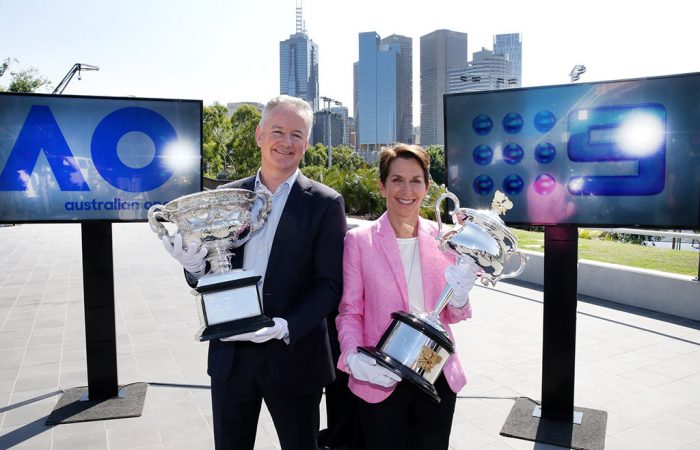 Australian tennis will have a new home on the Nine Network in 2019 following an agreement between Tennis Australia, Nine and the Seven Network today.

The one-year extension, on the landmark deal announced in March this year, gives Nine the domestic broadcast rights for the Australian Open, Brisbane International, Mastercard Hopman Cup in Perth, Sydney International and Hobart International, Davis Cup, Fed Cup and other special events from 2019 to 2024.

Australian Open Tournament Director and Tennis Australia CEO Craig Tiley is looking forward to working with the team at Nine.

“2019 marks a new era for Tennis Australia with a new domestic broadcast partner in Nine. We’ve enjoyed a 40-plus year partnership with the Seven Network and are glad we could reach an agreement which is in all our best interests,” Tiley said.

“Our objectives throughout this process have been to focus on meeting changing viewer habits, bringing the entire AO event experience to life on all platforms and capitalising on the digital wave.

“We are excited by the move to Nine this summer and the opportunity it gives us to expand our content which will not only fuel further growth of our events but most importantly the sport of tennis in Australia,” Tiley continued.

“There’s an air of excitement at Nine about being the new home of tennis, so to be able to start our new deal a year early brings us all much delight,” Nine CEO Hugh Marks commented.

“As I said back in March, the timing of tennis and the audience demographics it delivers are a perfect fit for Nine and its advertisers,” Marks continued.

The Nine Network has purchased the rights to the best matches on Free-to-Air television and all matches on any platform which include rights for broadcast, streaming, mobile, digital and social platforms.