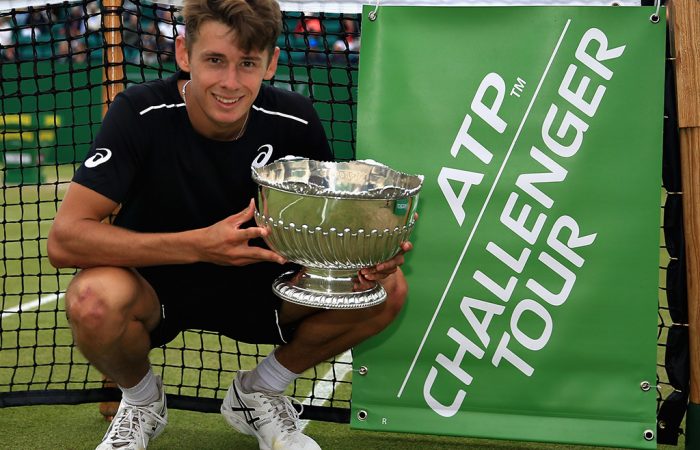 Alex de Minaur has become the first teenager since fellow Australian Nick Kyrgios in 2014 to win a grass-court Challenger title after beating Dan Evans in the final in Nottingham.

Evans was chasing the first title of his comeback from a cocaine ban but the British No.2 fell 7-6(4) 7-5 to the 19-year-old, who broke into the top 100 by reaching the final in Surbiton last weekend.

De Minaur went one better in the Midlands, coming from 4-2 down to win the first set on a terrific lob that prompted a shout of “too good” from his opponent.

Shot of the week! @alexdeminaur's jaw-dropping agility was on full display in the Nottingham final. pic.twitter.com/Z0ShJFF6HT

It was Evans who had to dig deep in the second set, saving break points to avoid going a double break down at 0-2 before getting back on serve.

But a double fault on break point at 4-4 handed De Minaur the chance to serve for the title. Evans broke back to keep his hopes alive but was then broken again and this time De Minaur made no mistake.