Australian Ash Barty is set to face former world No.1 Serena Williams in the French Open second round. 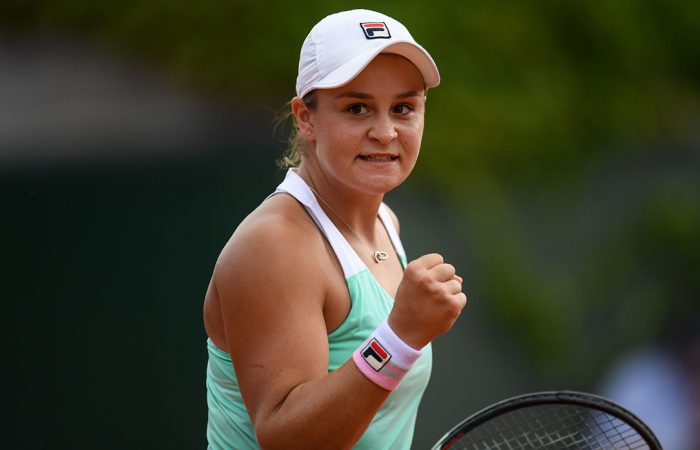 Ash Barty concedes it’s impossible to escape the hype for her looming French Open showdown with the great Serena Williams.

“As soon as I got off the court, I’m walking past and it’s on the big screen. It’s a bit hard to avoid,” Barty said after booking the second-round blockbuster with a thumping 6-3 6-1 victory over Russian Natalia Vikhlyantseva.

Barty needed just 64 minutes to live up to her first-time seeding at Roland Garros, while also showing no signs of the back problem that had her in doubt for the clay-court major.

“I did everything possible with my team to get us in a position to be able to play today.

“And, yeah, today is one of those days where, regardless of the statistics, how I felt on court, it doesn’t matter – we’ve got an opportunity to come out here a couple days time in round two.”

Overlooked for a seeding in Paris after having her first child last September and slipping to No.451 in the world, Williams carved out a 7-6(4) 6-4 win over big-serving Czech left-hander Kristyna Pliskova.

“I was struggling to get in a little rhythm because there was so much acing, so many aces going on.

“But, overall, I was definitely happy with my performance and how I played today.”

Williams defeated Barty for the loss of just three games in their only previous encounter, in the first round of the 2014 Australian Open. But both players acknowledged that felt like a lifetime ago.

Barty, just 17 then and prior to an 18-month hiatus from tennis, has since established herself in the world’s top 20 – and Williams is super wary of the threat the Australian poses.

“She’s playing unbelievable, and she’s had such an amazing year last year and this year as well,” said the three-time French Open champion and former world No.1.

“She’s continuing her amazing rise since she came back and been so focused on tennis.

“So it will be a really good, another good show for me.

“She does everything great. I’ll be excited to go out and see what I can do.”

Barty is also embracing the chance to take on the living legend once again four years on.

“It’s been a few years now and I think I’ll have to use those experiences, both the good and the bad from that match,” she said.

“She’s a genuine champion. What she’s done to be able to get back, along with Vika (Azarenka) as well, and a lot of the other girls who are coming back after pregnancy, is a pretty amazing thing.”