Barty forced to retire in Strasbourg with back injury

Australian No.1 Ash Barty suffers a back injury on the eve of the French Open, ending her semifinal hopes in Strasbourg. 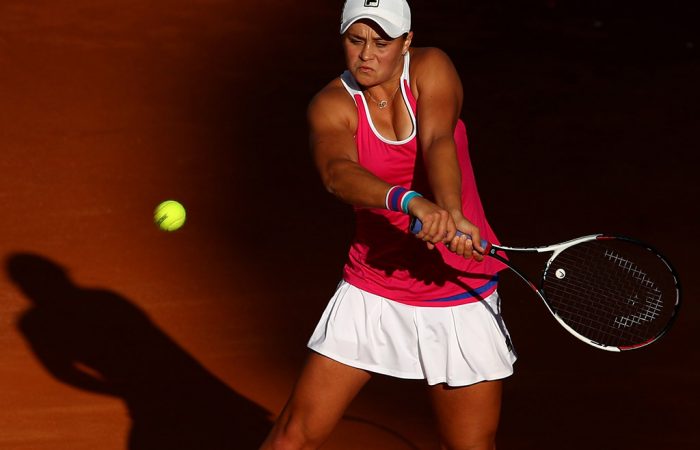 Ashleigh Barty remains hopeful of taking her place in the French Open draw despite suffering a despairing setback at the Strasbourg International.

Australia’s top-ranked tennis player is racing the clock to be fit for Roland Garros after retiring from her maiden clay-court semifinal with a back injury just two days out from the start of the Paris grand slam.

Top seed at a WTA event for the first time, Barty was close to tears after walking off court while trailing Russian third seed Anastasia Pavlyuchenkova 6-4 1-0 on Friday.

Barty is the French Open’s 17th seed and due to face another Russian, world No.81 Natalia Vikhlyantseva, in the first round.

Ashleigh Barty retires with the 🇷🇺 leading at 6-4, 1-0. pic.twitter.com/g9ruivnGak

In a saving grace, the 22-year-old is expected to open her campaign on Tuesday, giving her four days to regain full fitness.

“I’ve never had it before but, hopefully with recovery in the next couple of days, I’ll still be able to play at Roland Garros. We’ll see,” Barty said.

“I hurt it yesterday during the match and tried as best I could to recover. I woke up this morning, still with pain, and we tried everything we could.

“I’ve never pulled out of a match in my career before so it was a very tough decision. The pain was getting worse. I have to listen to my body.”

Barty said she was shattered about the untimely setback.

“The last 12 hours have been extremely disappointing,” she said. “I’m very upset about it.”

Also seeded for the first time in Paris, Barty could play 23-times Grand Slam champion Serena Williams in the second round if she recovers in time to play – and beat – Vikhlyantseva.

Pavlyuchenkova will take on fifth seed Dominika Cibulkova in Saturday’s title match in Strasbourg after the Slovakian overcame Romanian fourth seed Mihaela Buzarnescu 2-6 7-6 (7-5) 6-1 in her semifinal.