Ash Barty and CoCo Vandeweghe, among the more in-form doubles teams on tour, fell in a match tiebreak to Australian Open champions Timea Babos and Kristina Mladenovic in the Madrid Open quarterfinals. 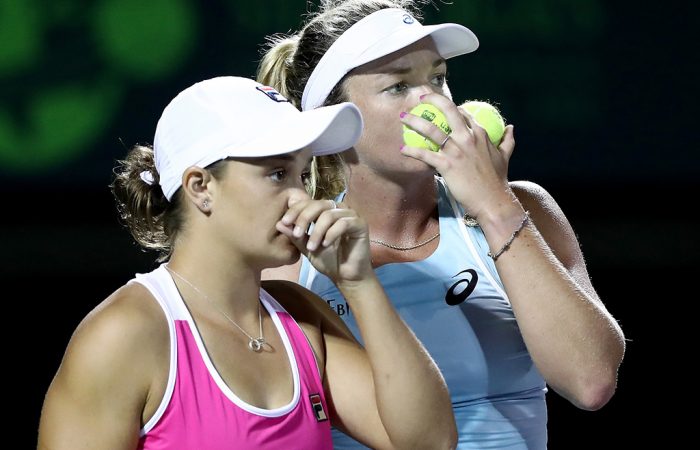 Ash Barty and CoCo Vandewghe on Thursday were pipped in the quarterfinals of the Madrid Open doubles tournament by the reigning Australian Open champions.

Third seeds Timea Babos and Kristina Mladenovic overcame the Aussie-American duo 7-5 3-6 [11-9] in a tense battle last one hour and 33 minutes, saving a set point in the first set.

The loss saw Barty and Vandeweghe’s seven-match winning streak come to an end.

The duo were shooting for their second straight WTA Premier Mandatory title after claiming the trophy in Miami.

Instead, Babos and Mladenovic advance, and will in the semifinals take on No.2 seeds Andrea Sestini Hlavackova and Barbora Strycova.