"I'm a very proud Indigenous woman and I think that for me taking on this role is something very close to my heart. I'm very excited," Barty said. 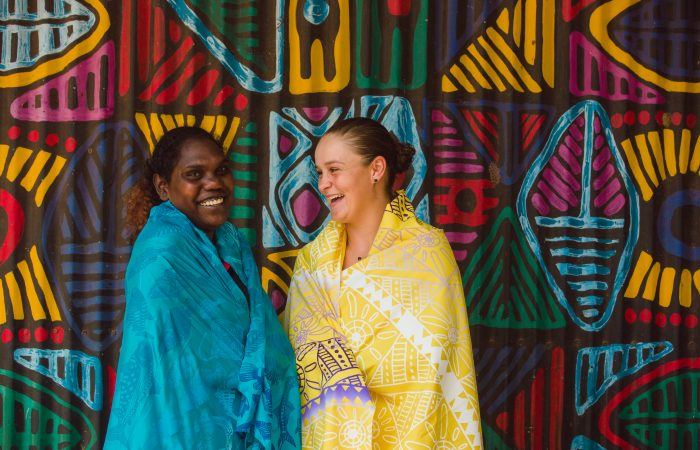 Australia’s top-ranked tennis player and world No.18 Ashleigh Barty has been named National Indigenous Tennis Ambassador in a move to attract more Indigenous youth to tennis.

The appointment comes following a break-out year in 2017, where Barty was awarded the Female Sportsperson of the Year in the National Dreamtime Awards, as well as the highest honour in Australian tennis the Newcombe Medal.

Ashleigh was welcomed to the Northern Territory to make the announcement and given an exclusive tour of the new Darwin International Tennis Centre at Marrara, which will host the National Indigenous Tennis Carnival for the first time in September.

“I’m a very proud Indigenous woman and I think that for me taking on this role is something very close to my heart. I’m very excited,” Barty said.

“If we can get more kids playing tennis more kids enjoying tennis across Australia within the Indigenous communities that would be amazing.

“This annual National Indigenous Tennis Carnival will be an amazing event, for not only tennis across Australia but especially Indigenous tennis. To bring all of the kids together to give them an opportunity to showcase what they’re capable of,” she continued.

Tennis NT CEO Sam Gibson said both the appointment of Barty and the carnival were important steps in providing Indigenous youth more opportunities to play tennis.

“Whilst a lot of the activity will be on the court, the carnival will also be a celebration of culture off the court with music and arts and the like.

“Part of our commitment with the Northern Territory Government when building the new facility at Marrara was to stage the National Indigenous Tennis Carnival in Darwin each year and we are excited for the first one to take place this September,” he continued.

As part of her trip to the Top End, Ashleigh Barty flew to the remote Wurrumiyanga community on Bathurst Island and conducted a tennis clinic at the local Murrupurtiyanuwu Catholic School.

“Our Indigenous Tennis Program will introduce tennis to more than 1000 remote children throughout the NT each year,” Gibson said.

“Working with Regional Councils, Northern Territory Government and NT Schools, the program will deliver the ANZ Tennis Hot Shots to schools and communities, in the hope of building subsequent competitive pathways throughout the year.”