Australian number one Ash Barty visits Darwin and the Tiwi Islands as she takes up the role of National Indigenous Tennis Ambassador. 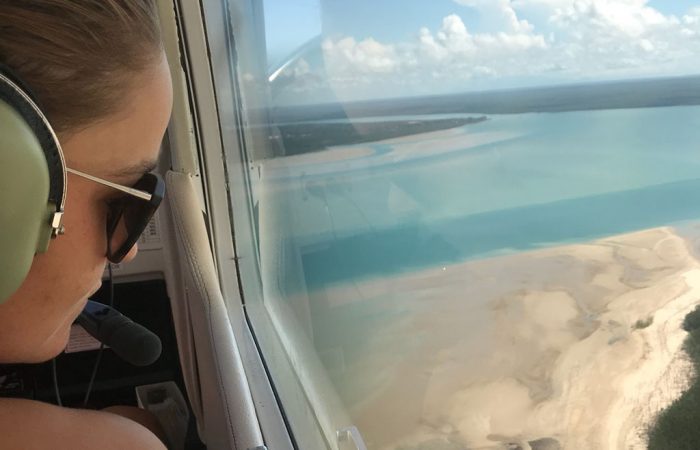 Ash Barty has overcome some huge challenges in recent years but the sight of a five-seater plane, with a storm rumoured to be coming, seriously tested her nerve.

“The flight got my heart racing a little bit,” said Australia’s number one.

“I tried not to listen to the weather report!”

In the event, the 20-minute hop north from Darwin to the Tiwi Islands was smooth, and kicked off an unforgettable trip.

Barty made her first visit to the Islands as part of her unveiling as the National Indigenous Tennis Ambassador – a role close to her heart, as her great-grandmother was a member of the Ngaragu people from NSW and Victoria.

“I take this role absolutely seriously, it’s an amazing honour for me to be the Indigenous ambassador,” said Barty.

“It’s very close to home for me. I’m an extremely proud Indigenous woman and being able to visit the communities is amazing.” 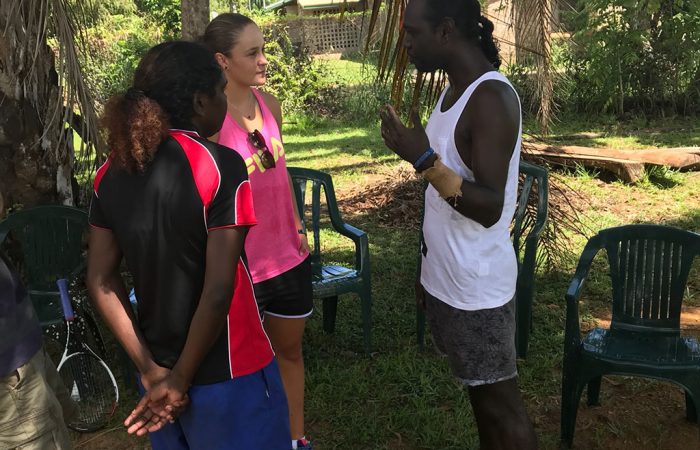 Ash Barty is welcomed to the Tiwi Islands

Guiding her around the Wurrumiyanga community on Bathurst Island was Tarlina Tipungwuti, a former tennis player who has just completed the Tennis Australia Foundation Coaching course.

She is set to become a Community Sport and Recreation Officer, delivering ANZ Tennis Hot Shots and community tennis to kids on Bathurst Island.

Tipungwuti is also an AFL addict, like everyone on the Tiwi Islands, birthplace of many of the biggest Indigenous names in football such as the Riolis and Tipungwutis.

That passion for footy is something Barty shares – the Australian number one revealed that she had considered flying back midway through a tournament in China last September to see her beloved Richmond Tigers in the Grand Final.

That flight didn’t quite come off, but from the moment she stepped on the tarmac in the Tiwi Islands (and was faced with a large Essendon poster), Barty resolved to try and at least tempt some of the locals away from football to tennis – if not from the Bombers to the Tigers.

The sporting ability was unmistakeable as the children of Murrupurtiyanuwu Catholic School gave Barty and Tipungwuti a run-out, and the challenge now is to keep them coming back for more.

“They just need to be exposed to tennis a little bit more,” said Barty.

“It’s amazing the natural talent some of the indigenous kids have all across the country; you see a lot of it in AFL, and they deserve a chance to play tennis.

The pathway for any emerging Northern Territory talent will become easier from May, the opening date of the new $16m Darwin International Tennis Centre in Marrara, which will be capable of hosting events as big as Davis and Fed Cup ties, as well as nurturing local talent year-round.

In September, the centre will host the first annual National Indigenous Tennis Carnival, celebrating Indigenous culture both on and off court, with music and art events alongside tennis.

“Hopefully it will become very big in the years to come,” said Barty, who hopes to squeeze in a trip back to NT to sample the carnival atmosphere.

There is a lot of tennis to be played between now and then, however, and the punishing tennis schedule moves on to Fed Cup next week.

With the Australian team and their Dutch opponents already gathering in Wollongong, it would have been understandable had Barty made her excuses for the trip north, but that was never going to happen.

“When I’m given the opportunity to come up to Darwin, and especially visit the Tiwi Islands, it’s an opportunity I’ll grab with both hands every single time,” said the Queenslander.

“It’s been really humbling to spend a couple of days up here, it’s been great.” 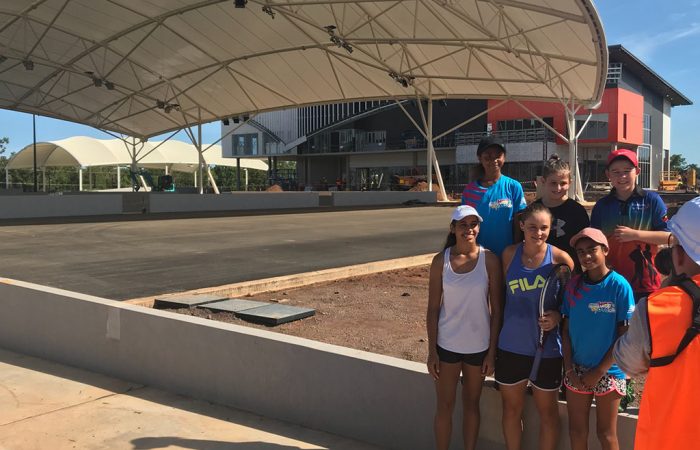