Australia face a trip to Austria in September when the two teams will contest a place in the 2019 Davis Cup World Group. 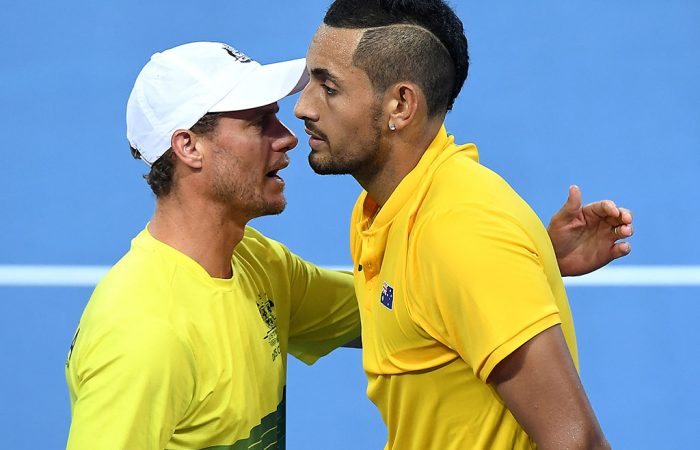 Australia will travel to Austria for their Davis Cup World Group play-off in September.

The Aussies were handed an away tie in Tuesday’s draw which saw the eight play-off match-ups decided, with places in the 2019 World Group at stake.

It will be the fourth time the two countries have met, with Australia leading 2-1 after winning their last contest in Sydney 13 years ago.

The play-off will take place on 14-16 September, with the venue yet to be decided.

Austria have played their last three home ties on clay, the favoured surface of their leading player, world No.7 Dominic Thiem.

Gerald Melzer is the Austrians’ second-ranked singles player at 113th in the world, with Sebastian Ofner No.139.

Australia captain Lleyton Hewitt currently has four top-100 players to choose from in Nick Kyrgios (No.24), Matthew Ebden (No.77), John Millman (No.89) and Jordan Thompson (No.99), as well as fast-rising teenager Alex De Minaur (No.114).

Austria’s Oliver Marach (No.6) and Australia’s John Peers (No.5) are the two nations’ highest-ranked doubles players.

Victory in the tie would see Australia remain in the World Group for a sixth consecutive year, while defeat would see them relegated to Asia/Oceania Group 1.

The World Group play-off draw is in! Who will book their place in the #DavisCup World Group for 2019? pic.twitter.com/nNFeOmZxWp