Ash Barty's run at the Volvo Car Open in Charleston came to an end at the hands of eighth seed Anastasija Sevastova, who progresses to the quarterfinals. 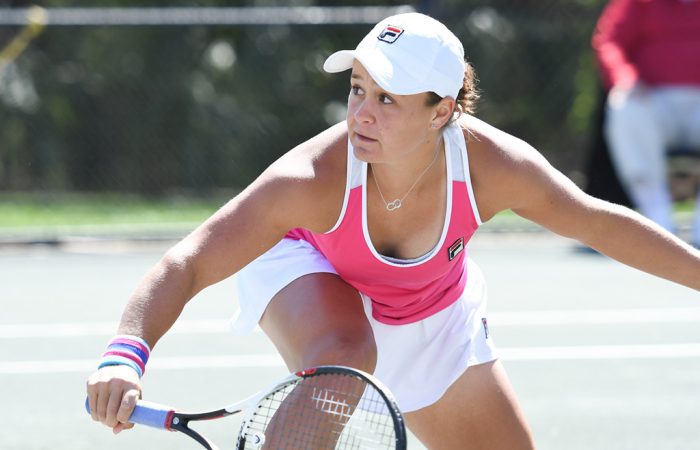 Anastasija Sevastova has paid tribute to Australia’s Ash Barty after knocking the Queenslander out of the Charleston Open in South Carolina.

Latvian eighth seed Sevastova prevailed 6-3 6-4 on the Althea Gibson Club Court to set up a clash with world No.77 Kristyna Pliskova, who upset 16th-seeded Elena Vesnina 6-3 1-6 6-2.

Barty said earlier in the week she hadn’t played on clay since last year’s French Open, dropping a set to unseeded German Tatjana Maria on Wednesday before winning in three to advance to the Sevastova match.

“Ashleigh is a great player, I have so much respect for her,” the Latvian said.

“I love how she plays. It was tough, the first set was up and down but it was very important to take it. The second was also pretty close, no breaks. In the last game I got a little lucky but I was fighting until the end.”

Unseeded Bernarda Pera advanced to the last eight by beating Sara Errani 6-3 2-6 6-4 and in the quarterfinals will face countrywoman Madison Keys, who defeated Italy’s Camila Giorgi 6-4 6-3.