Ash Barty scores her second win in as many days to take her place in the last 16 in Charleston. Meanwhile, Daria Gavrilova fell in three sets in the second round. 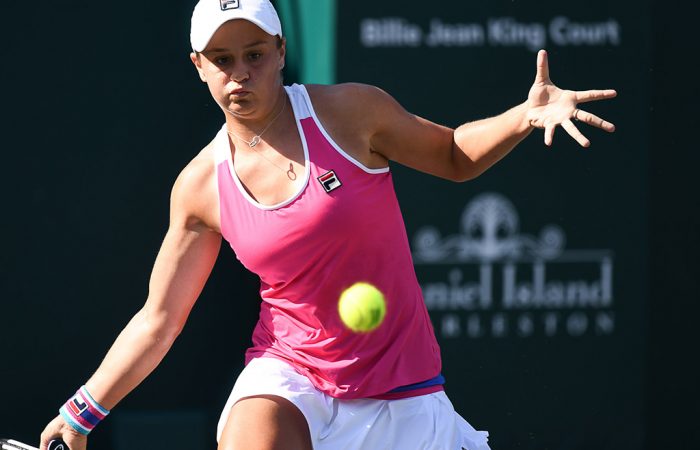 Ash Barty has fought back from a set down to win her second round match at the WTA claycourt tournament in Charleston, South Carolina but fellow Aussie Daria Gavrilova is out after a three-set loss.

Ninth-seeded Barty dropped the first set to unseeded German Tatjana Maria before powering to a 4-6 6-3 6-2 victory.

Barty’s countrywoman Gavrilova, the 11th seed, bounced back after losing the first set to Italy’s Camila Giorgi and looked to turn the tide but unforced errors resurfaced as she was beaten 6-2 2-6 6-3.

Five double faults in the opening set from Gavrilova set the tone, three of them coming in her first two service games. She saved four break points before surrendering the set.

A reverse in form in the second appeared to give the world No.24 the momentum but Gavrilova’s troubles returned in the deciding set.

A tight eighth game saw Giorgi get the break and she made no mistake with her first match point.

Meanwhile, Kristyna Pliskova rallied from a set down to knock out two-time Wimbledon champion Petra Kvitova.

Czech second seed Kvitova won six of the first seven games to take the opening set before countrywoman Pliskova came back for a 1-6 6-1 6-3 win.