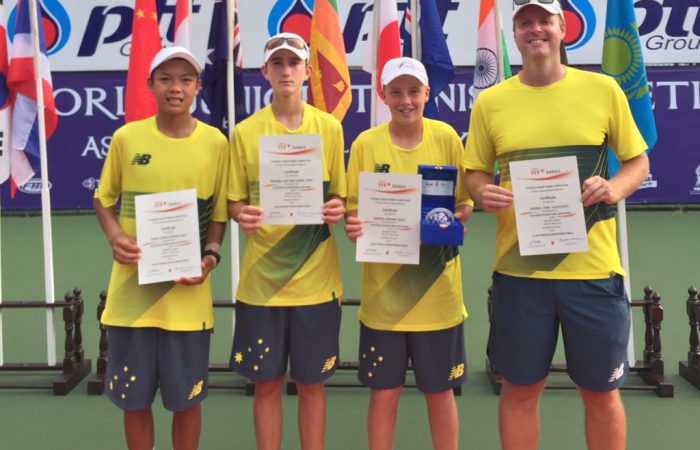 Australia’s top 14-and-under boys have successfully qualified for the World Junior Tennis Finals to be held in the Czech Republic later this year.

The boys finished 4th out of 16 teams at the World Junior Tennis Asia / Oceania Qualifying event defeating Lebanon, Indonesia, Korea and Qatar in the round robin stages before falling to China and Thailand in the 1-4 Play-off’s.

Australia will join fellow Asia / Oceania nations China, Japan, and Thailand at the Finals with the top 4 teams from the event earning direct entry to the prestigious competition.

The Finals will see Australia take on the world’s top 16 nations from an additional four qualifying zones including Africa, North/Central America, South America, and Europe competing for the title of the world’s best under 14’s tennis nation.