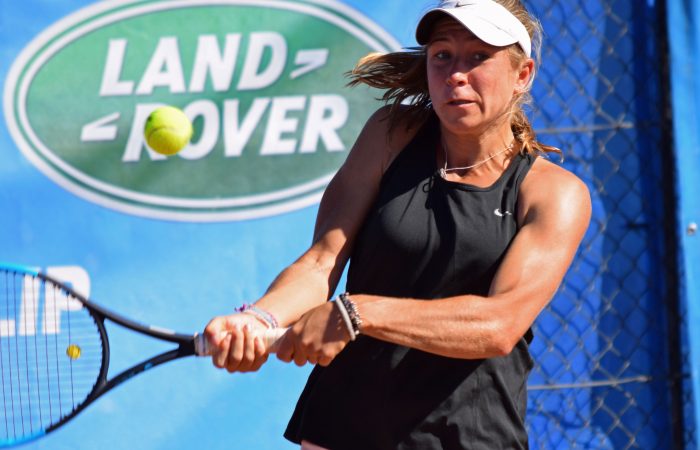 It was a great day for the locals in Canberra as all three Australians competing in the ACT Claycourt International #2 quarterfinals progressed to the next stage, overcoming more-fancied opponents.

“She’s a high-level player so it’s nice to get another win against someone ranked higher than myself,” Perez, the No.7 seed, said. “I had opportunities to close out both sets when I was serving for it but when I went to the tiebreaks I was pretty clear what I was doing and managed to get it done.”

The 22-year-old from Shellharbour in NSW is rising in confidence on the red dirt.

“I’m getting a lot of matches on the clay so I’m getting pretty comfortable out here,” she said. “Clay is my favourite surface. I enjoy having time on the ball and being able to slide and kind of grind a little bit.

“Each match it feels like I’m building on something, so to be in the semis, I definitely feel like my tennis is going well.”

“I played her in the Toowoomba semifinals and she got the better of me there,” Perez said. “She looks like she’s playing really well so I will just come and see what I can do.”

Zoe Hives (No.6) had an easier time of it on Friday when her opponent, the tournament’s top seed, Brit Gabriella Taylor, was forced to retire at 5-5 in the opening set.

“I’m really happy to get through,” Hives said. “I was actually really enjoying the match until she hurt herself so it’s a bit of shame but it was a good match still.”