Ash Barty's dedication to representing her country has been acknowledged with her nomination for a Fed Cup Heart Award. 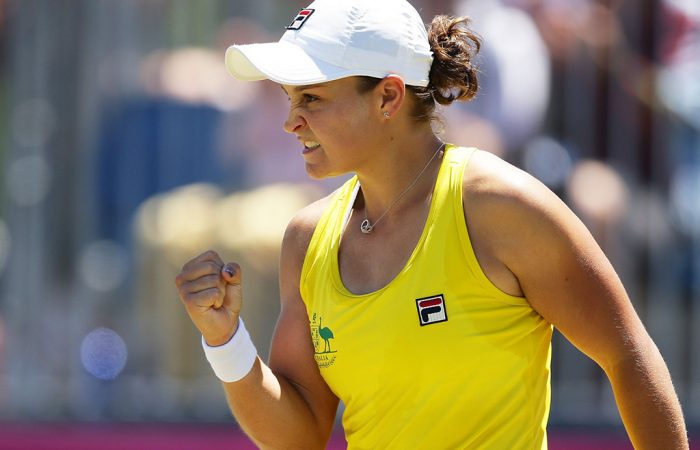 Since her fully-fledged return to tennis in mid-2016, Ash Barty hasn’t missed a Fed Cup tie.

The young Aussie has risen in the rankings and become the team’s leading player; most recently she won both her singles rubbers plus doubles with Casey Dellacqua to help Australia to a 3-2 victory over Ukraine in Canberra.

Just weeks out from Australia’s World Group Play-off tie against Netherlands in Wollongong, Barty’s efforts have been recognised through a Fed Cup Heart Award nomination.

The award honours players who have represented their country with distinction, shown exceptional courage on court and demonstrated outstanding commitment to their team during Fed Cup play.

Fans can vote for Barty in a public poll being run on fedcup.com from 26-29 March. She’s among the Heart Award nominees in the Fed Cup World Group / World Group II category.

Barty was nominated by the Heart Award panel featuring ITF president David Haggerty, plus several former players and members of the tennis media.

The Queenslander has built a sparkling 6-1 record in seven rubbers across both singles and doubles since her comeback to tennis.