Gavrilova roars back to beat Wickmayer in Indian Wells

Daria Gavrilova keeps Australian hopes alive in the women's singles with a comeback win over Yanina Wickmayer in Indian Wells. 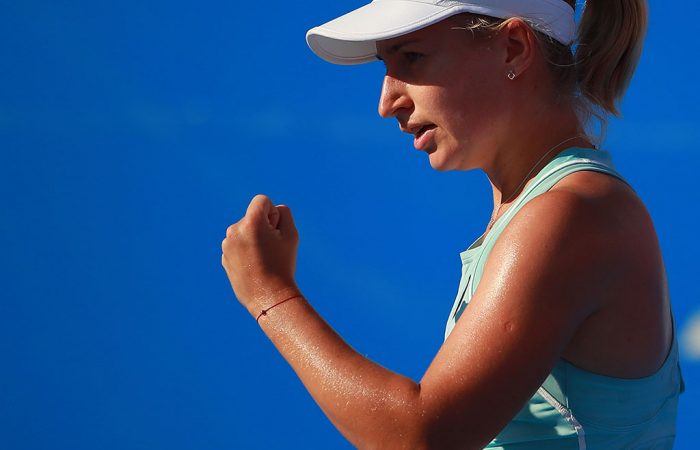 Daria Gavrilova won 11 of the last 14 games as she beat Belgian Yanina Wickmayer for the second year running in the second round at Indian Wells on Saturday.

Ash Barty and Sam Stosur had already departed on Friday, and it looked as though Australian interest in the women’s singles would end swiftly when Garilova fell 2-5 down.

Four double-faults in her opening two service games did not help, but once Gavrilova stemmed the flow of free points to her opponent, she began to take control.

Wickmayer twice failed to serve out the set and then let an early lead slip in the tie-break, with Gavrilova’s resurgence summed up by a brilliant forehand winner off her opponent’s smash.

Gavrilova converted her first set point and raced 3-0 clear in the second, overcoming a loss of serve in game four to see out the match in relative comfort.