A full wrap of Rinky Hijikata's boys' singles quarterfinal at the Australian Open. 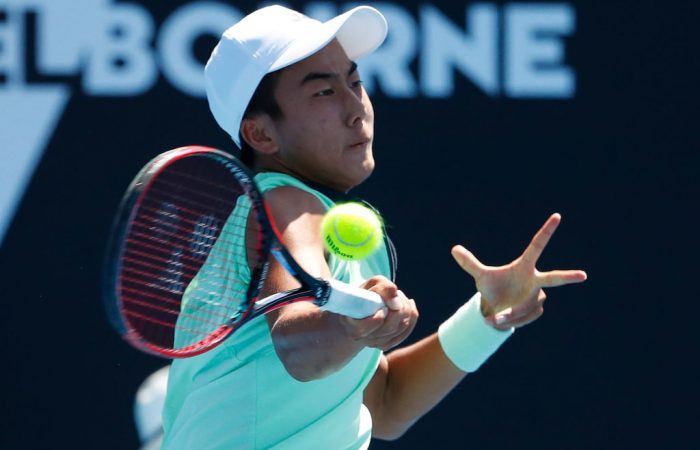 Both players were unseeded heading into the match and had never met before, meaning they would have to problem solve quickly in order to gain the upper hand.

McHugh began well, using his power and prowess around the court to break the Australian to love in the third game.

Hijikata admitted the power of his opponent was key to the result and that while he played well he still needs to work on his consistency.

“I thought I played a pretty good match, I thought his level was really good, I was a bit up and down and I think that was the biggest thing,” he said.

“I’m just going to have to go back and work on maintaining a high level in matches and then I’ll be able to hang in.

“He was hitting pretty good forehands from everywhere on the court. He’s pretty tough to play, he even got around his backhand quickly a lot. He played really well so credit to him.”

McHugh raced out to a 4-2 lead before the New South Welshman managed to claw his way back into the set, with the Briton conceding his serve in the eighth game to level proceedings.

However the Glasgow native turned the screw in the Australian’s next service game to break back and clinch the opener in a little over half an hour.

The second set began evenly in the beginning stages, before McHugh again began clubbing the ball to great effect.

Hijikata fought as hard as he could with his grinding skills on full display, but he was unable to work his way out of trouble with McHugh producing some sublime groundstrokes, breaking in the third and the seventh games en route to victory.

Despite the loss, Hijikata has taken many positives from the Australian Open, and hopes to replicate his performances at the other Grand Slams.

“Now I’ve got the belief that I belong among the best juniors in the world. The level is there and I can match it with these guys; it’s just about doing it week in week out,” he said.

“Hopefully this will land me into all of the other junior Slams, that was one of my main goals this year.