The Belgian defended her title in Hobart ahead of the Australian Open. 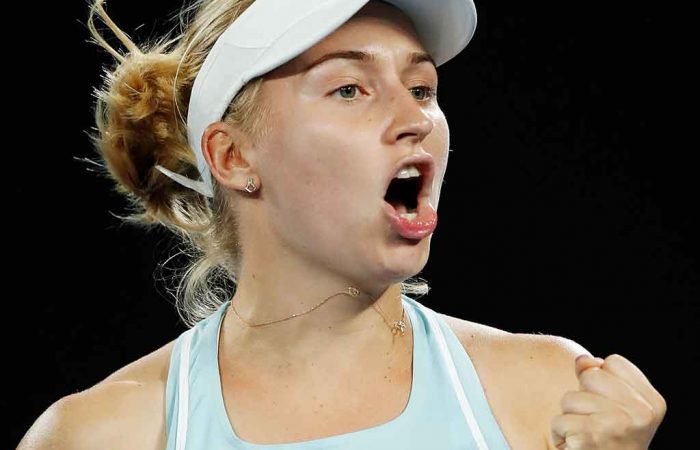 Daria Gavrilova’s Australian Open has been halted by a mesmerising comeback from Elise Mertens.

23rd seed Gavrilova made a perfect start, stepping in to command the court with several drive volleys to race 5-0 ahead.

After 38 minutes Mertens was finally on the board and the world No.37 was able to tease the errors from Gavrilova.

A further four set points went begging for the home favourite, but Mertens was resolute in defence and managed to complete the opener with seven games in a row.

“She was playing amazing, all the balls were on the lines,” said Mertens, reflecting on the 0-5 deficit. “I’m glad I carried on fighting, kept believing and proved anything can happen in tennis.”

Mertens, who defeated Gavrilova recently at the Hopman Cup, surrendered serve leading at 5-2, but despite the Aussie’s best efforts, would not be denied passage into the third round.