Kokkinakis turns to pilates ahead of Hopman Cup

Thanasi Kokkinakis has incorporated pilates into his off-season preparation as he looks to rebound from an injury ravaged year in Perth at Hopman Cup 2018. 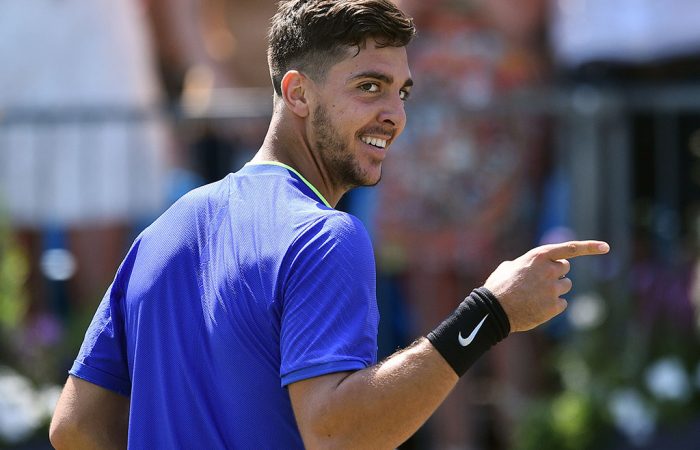 Rising tennis star Thanasi Kokkinakis has a new weapon in his bid to strengthen his injury-ravaged body – pilates.

Kokkinakis burst into the world’s top 100 shortly after his 19th birthday in 2015, but he has been plagued by injuries ever since.

Shoulder, elbow, abdominal, and groin injuries were among the ailments, leaving Kokkinakis to question whether his body would be able to able to handle the rigours of top-level tennis.

But a successful return to the court in the second half of 2017 has given Kokkinakis renewed hope he can achieve his potential.

And after a strong off-season of training – which has included a new pilates regime – Kokkinakis is primed for the start of 2018.

“I started doing pilates, and I think that’s actually helped me,” Kokkinakis said.

“I did it a while ago when I had stress fractures in my back, when I was really young. And then I let go of it for a while. But I’ve started doing it again for the last month or so.

“The flexibility still needs work. I didn’t have my yoga pants on. My downward dog is not great. But my general pilates is not bad.

“I’ve started my pre-season pretty solidly. Building, getting my groin strong, my core strong. Hopefully all is well now.”

Kokkinakis will kick off his summer at the Hopman Cup, where he will team with Daria Gavrilova at the mixed-teams event.

The Australian duo will start as rank underdogs in their group, which also features powerful German duo Alexander Zverev and Angelique Kerber.

If they somehow make it through to the final, Roger Federer’s Swiss team could be lying in wait.

Zverev has enjoyed a meteoric rise up the ranks in recent years, and is now sitting at No.4 in the world.

“I was coming up at the same time as him, and I was probably the higher-ranked junior at the same age,” Kokkinakis said.  “But then he started playing really well, and I went down with injuries.

“It’s definitely frustrating for me, but also motivating to see what you can get to. I’m looking forward to playing him.”

This summer marks the 30th edition of the Hopman Cup, with Australia having won it just twice before.