Sweeny to take on Hijikata for 16/u title

Inspired by Lleyton Hewitt, top seed Dane Sweeny has channelled his idol en route to the 16/u Australian Championships final, where he will meet Rinky Hijikata. 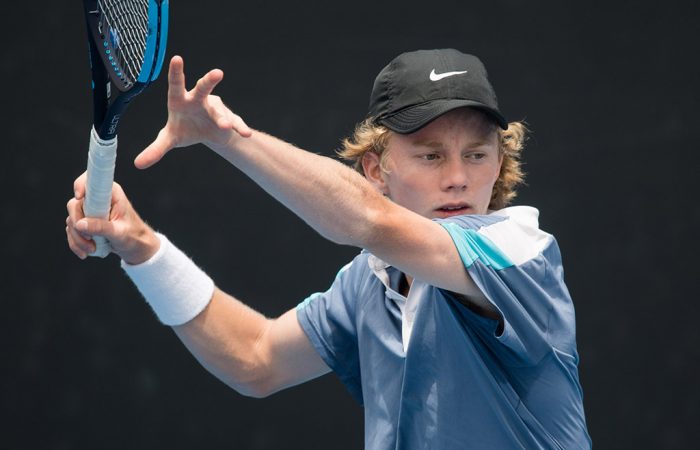 Dane Sweeny from Brisbane models his game on Lleyton Hewitt, and like his idol, he is winning lots of matches at a young age.

Sweeny, the No.1 seed, advanced to the finals of the 16/u Australian championships on Saturday, after beating No.5 seed Stefan Storch 6-4 7-5 in one hour and 32 minutes.

Like Hewitt, he plays an aggressive counter-punching style, never giving up on any point.

“I love Lleyton’s competitiveness, his determination not to miss a point and how he puts so much pressure on his opponents,” Sweeny said.

Sweeny used all that determination in the second set after going down a break against Storch, but immediately broke back to get the set back on track.

“I had to push myself to get that break back,” he said. “I was really struggling, but I had to regroup and I broke back straight away so it worked so well.

Sweeny said it was brilliant to be at Melbourne Park this week surrounded by high quality players, and tennis legends like Hewitt.

In the 16/u girls’ event, 14-year-old qualifier Annerly Poulos from Canberra continued her incredible run, beating No.3 seed Amber Marshall 5-7 7-6 6-1 to advance to the final.

Just last week Annerly made the final of the 14/u Australian Championships, where she was beaten in the final by Anastasia Berezov.

Poulos will play No.5 seed Zara Brankovic in the final, after Brankovic defeated Natasha Russell 6-4 6-1.

In other junior results, in the boys 12/u boys’ Australian championships, No.1 seed Shogo Sanada defeated No.9 seed Yu Maeda 6-1 6-4.