The Davis Cup by BNP Paribas First Round clash between Australia and Germany will be played at Pat Rafter Arena in Brisbane. 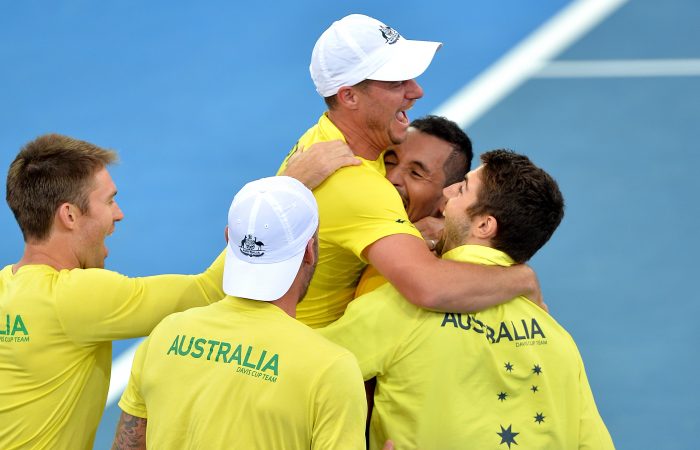 The highly anticipated clash between Australia and Germany in the Davis Cup by BNP Paribas World Group First Round will be held on hard court at Pat Rafter Arena in Brisbane, Queensland from 2 to 4 February 2018.

The blockbuster is expected to pit two of the world’s most talented young players against each other, Australia’s own Nick Kyrgios up against Germany’s Alexander Zverev, the current world No.4, as they battle it out for national glory.

Kyrgios led Australia to its second Davis Cup semifinal in three years in Brisbane in April and will hope to use the home ground advantage to go one better in 2018.

Zverev, who has had his best year on tour winning 55 matches and five titles including two ATP Masters 1000 trophies, will play at Pat Rafter Arena for the first time.

Australian Davis Cup captain Lleyton Hewitt believes Brisbane will give the Aussies the best possible start to their 2018 campaign.

“The team always enjoys playing at Pat Rafter Arena and Australia’s had a lot of Davis Cup success there in the past,” Hewitt said.

“Both Jordan Thompson and Nick Kyrgios performed at the highest level to ensure we could get the win over the United States and move through to the semis last year.

“Our tie against Germany will be no mean feat and the boys will need to be in their very best form, potentially up against the likes of Sascha and Mischa Zverev, Philipp Kohlschreiber and Jan-Lennard Struff.”

Tennis Queensland President Mark Bloomfield is pleased the Queensland Tennis Centre has the opportunity to host another hotly contested tie.

“We are delighted Pat Rafter Arena has been chosen yet again to host a Davis Cup World Group tie,” Bloomfield said.

“We look forward to welcoming both the Aussie and German teams in February and we hope the boys can clinch the win.”

February’s tie is proudly supported by the Queensland Government, through Tourism and Events Queensland, as part of the It’s Live! in Queensland events calendar.