Pavlyuchenkova ready for Barty in Zhuhai

Ash Barty will come up against a fatigued Anastasia Pavlyuchenkova in her first round-robin match at the WTA Elite Trophy in Zhuhai. 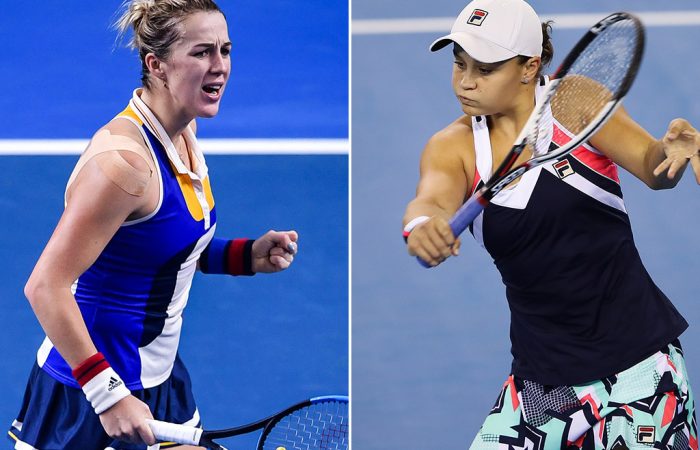 Anastasia Pavlyuchenkova says she’s hit a wall, but that a competitive streak will fuel her against Ash Barty in the WTA Elite Trophy on Wednesday.

Pavlyuchenkova will play the new Australian No.1 on day two of the round-robin tournament in China, only 18 hours after a three-set Tuesday night defeat of Angelique Kerber.

The Russian was forced to grind out a 6-3 3-6 6-2 victory against the former world No.1 in Zhuhai and will face a fresh Barty knowing a win will see her through to Saturday’s semifinals.

Pavlyuchenkova owns a 2-0 head-to-head record over the Queenslander, but the pair have not met since 2013.

The world No.14 said a long season had taken it’s toll but that she had arrived in the southern Chinese city intent on finishing well.

“I felt kind of fresh when I got here, but today before the first serve I thought, ‘my gosh I’m so happy it’s the last tournament’ (of the season),” Pavlyuchenkova said.

“Some (players) are just happy to be here, but for me I said I wanted to win as many matches as I could, because once I’m on the court I want to win all the time.”

Pavlyuchenkova was not fussed with the short turnaround, saying it could even play in her favour given the court’s slow pace was hard to adjust to.

“But Ashleigh is a completely different player (to Kerber), which makes it more difficult,” the 26-year-old said.

The lucrative round-robin tournament features the next-best 12 players who did not qualify for the eight-player WTA Finals in Singapore last week.

A group stage victory fetches nearly $100,000, while the champion can rake in nearly $900,000 with an undefeated run to the title.