Wimbledon champion Garbine Muguruza and US Open winner Sloane Stephens will join a stellar field at the Brisbane International in 2018. 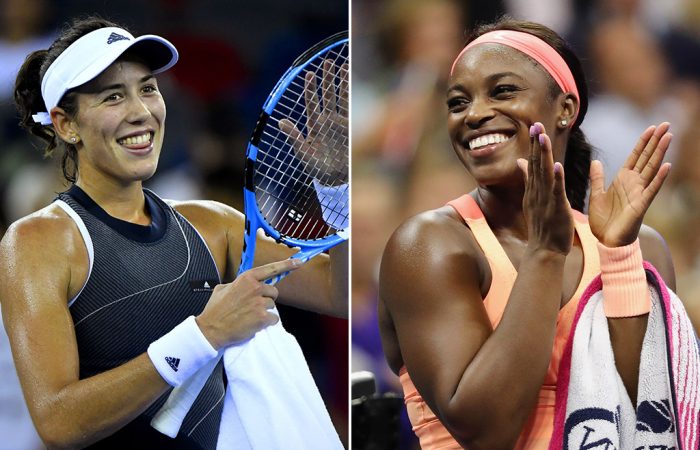 The pair join defending champion Karolina Pliskova (CZE) and top ranked Australian Ash Barty (Qld) in the women’s field for the 10th edition of the tournament.

World No.1 Rafael Nadal (ESP) and world No.3 Andy Murray (GBR) are confirmed on the men’s side.

“I’m really looking forward to returning to Brisbane this summer,” said Muguruza, who will make her third consecutive appearance.

“Brisbane was the start of a successful season for me in 2017 and it was an easy decision to play again next year.”

After winning her second Grand Slam title at Wimbledon, Muguruza rose to world No.1 in September and was named the 2017 WTA Player of the Year. After her most successful year on tour, Muguruza’s attention now turns to the Australian summer of tennis.

“The conditions are perfect leading into the Australian Open; the weather, the stadium and the strong competition all help when you are preparing for the first Grand Slam of the year,” Muguruza said.

Stephens, the 2017 US Open champion, will compete in Brisbane for the first time.

“2017 was a real game changer for me, and I want to continue that momentum into next year, starting with Brisbane and the Australian Open,” said Stephens.

“As players you are always looking to play events that prepare you for the big stage – the Grand Slams – and I’ve heard Brisbane is the perfect preparation for Melbourne.

“I’m really excited to be coming to Brisbane this summer, I’ve heard such wonderful things about the tournament and the city and I have to come and see what it’s all about,” added the 24-year-old.

“Garbine and Sloane are both incredibly exciting players who will thrill fans in Brisbane with their brilliant shot-making,” Quinlan said.

“Muguruza rose to world No.1 this year and is such a consistent player on the women’s tour, while Stephens’ story is nothing short of incredible; going from considering giving the game away to becoming a Grand Slam champion in the space of six months.”

Tourism and Major Events Minister Kate Jones said she couldn’t wait to see the reigning Wimbledon and US Open Champions in action in Brisbane.

“Sloane Stephens and Garbine Muguruza will join an impressive line-up at the Brisbane International and I’m sure will draw a great crowd,” Jones said.

“We know this event delivers strong tourism outcomes for our region – it brings nearly 100,000 spectators from across Australia every year and delivers almost $10 million to the Brisbane economy.

“Brisbane has demonstrated time and time again its capacity to host world-class sporting events. This tournament is now a signature event and will showcase some of our best athletes to a global audience.”

Brisbane International 2018 presented by Suncorp and supported by Tourism and Events Queensland, will be held at Queensland Tennis Centre from 31 December 2017 to 7 January 2018. The tournament is part of the Emirates Australian Open Series.