Cabrera all set for Canberra

Lizette Cabrera arrives at the Apis Canberra International on the back of two WTA quarterfinals and a career-high ranking. 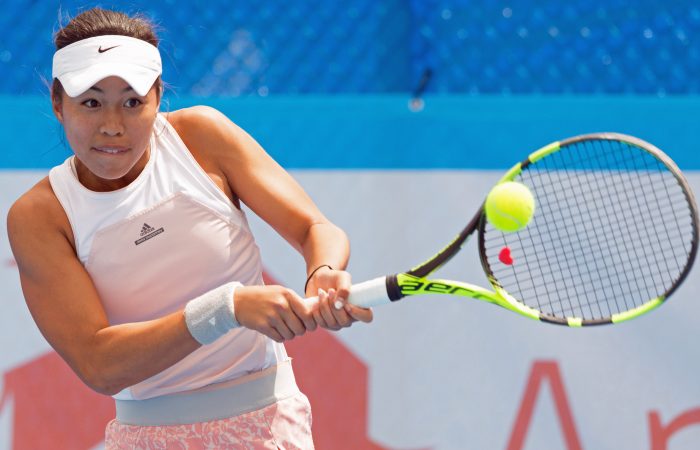 After a breakthrough year on the WTA Tour, Lizette Cabrera is prepped and ready for both the Apis Canberra International and the Australian swing.

“It feels good to be back here,” she said on Monday. “I love the centre and I’ve obviously played here a couple of times before. I’m really looking forward to doing well this year.

“The courts play a little bit faster and conditions can be tough with the wind but I feel that’s good for me. I can adapt to it and it suits my game.”

The teenage Queenslander has enjoyed a memorable run in Asia recently, reaching her maiden WTA quarterfinal in Guangzhou and then backing it up in Hong Kong – where she lost an epic battle to Daria Gavrilova – and rising to a career-high ranking of world No.134.

“Mentally I’m feeling really good,” she said. “I’ve been playing a lot at WTA level and I’ve gained a lot of experience.

“I feel like I’m moving a lot better and the ball is coming out a little bit bigger.”

Coming into Canberra as the No.2 seed, Cabrera understands that her profile is significantly larger than where she was twelve months ago, and external expectations will accordingly rise.

“I think there’s always pressure,” she said. “I just work hard and do my thing, and keep focusing on the process rather than the outcome.”

Cabrera will open her Canberra campaign against Tammi Patterson with a potential quarterfinal against Japan’s No.8 seed Erika Sema in the offing. Beyond that, American Asia Muhammad (No.3) and in-form Victorian Olivia Rogowska – a two-time winner on the Australian Pro Tour in the past month – also lurk in her section of the draw.

Top seed Arina Rodionova will face a qualifier in the first round but is likely to have either No.4 seed Destanee Aiava or fifth-seeded Slovak Tamara Zidansek to contend with at the end of the week should she remain in contention.

Aiava also has a qualifier first up while Zidansek meets Ellen Perez, who has also been showing solid signs on the Australian Pro Tour of late.