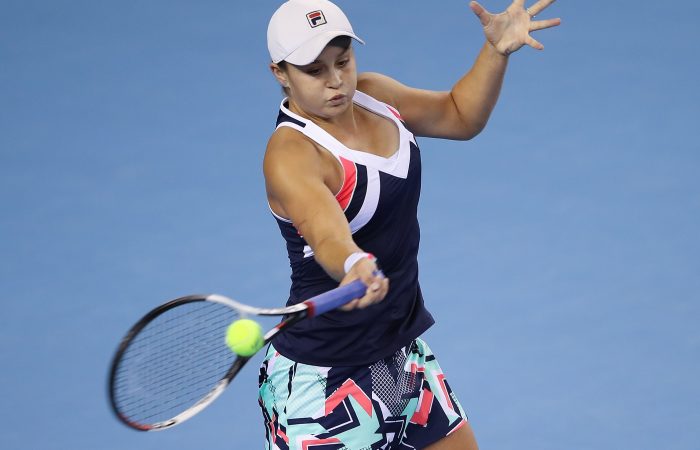 Ash Barty has landed in a round-robin group with a former world No.1 and one of the more in-form players on the tour in Zhuhai.

Barty will in the Rose Group tackle Angelique Kerber – last year’s Australian and US Open champion – and Anastasia Pavlyuchenkova, who in 2017 has won three WTA titles, most recently in Hong Kong in October.

Barty pushed Kerber to three sets at the most recent Brisbane International and trails Pavlyuchenkova 2-0 in the head-to-head – although they haven’t met since 2013.

The winner from that group and the three other groups – Azalea, Bougainvillea and Camellia – will complete the semifinal line-up.

Barty is making her first appearance at the 12-player Zhuhai event, open to the best players who didn’t qualify for the WTA Finals in Singapore. In other words, players ranked 9-19, plus one wildcard.

It caps a magnificent season for the 21-year-old, who in January was ranked No.271 before she soared into the top 20.