We chat to Megan Smith, winner of the WTA Future Stars under-16 event, about her magical week in Singapore and her aspirations in the sport. 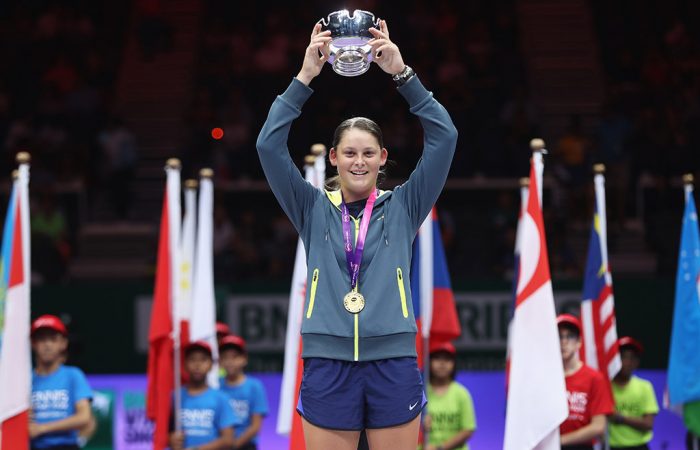 Megan Smith isn’t a household name in Australia but in five years she might be.

The 16-year-old from Dalby, Queensland, is an aggressive baseliner notable for her walloping serve and powerful forehand.

Smith has been making waves on the junior tennis circuit, yet perhaps her biggest achievement so far was winning the prestigious Under 16 WTA Future Stars tournament last week in Singapore, where she beat the best top young talent in the Asia-Pacific region.

Smith labelled it her best tennis memory and greatest result to date.

“I qualified for the tournament by coming runner-up at the [Oceania Closed Junior Championships] B2 in Fiji, which was a great result and one of the highest results I’ve had in the ITF so far,” she told tennis.com.au.

“Winning in Singapore was really good; it was a really cool weekend and I got to meet and be around some really great players. It was great speaking to Martina Navratilova. She congratulated me on the win and said she hopes to see me in more tournaments in the future. Everything about it was unbelievable.” 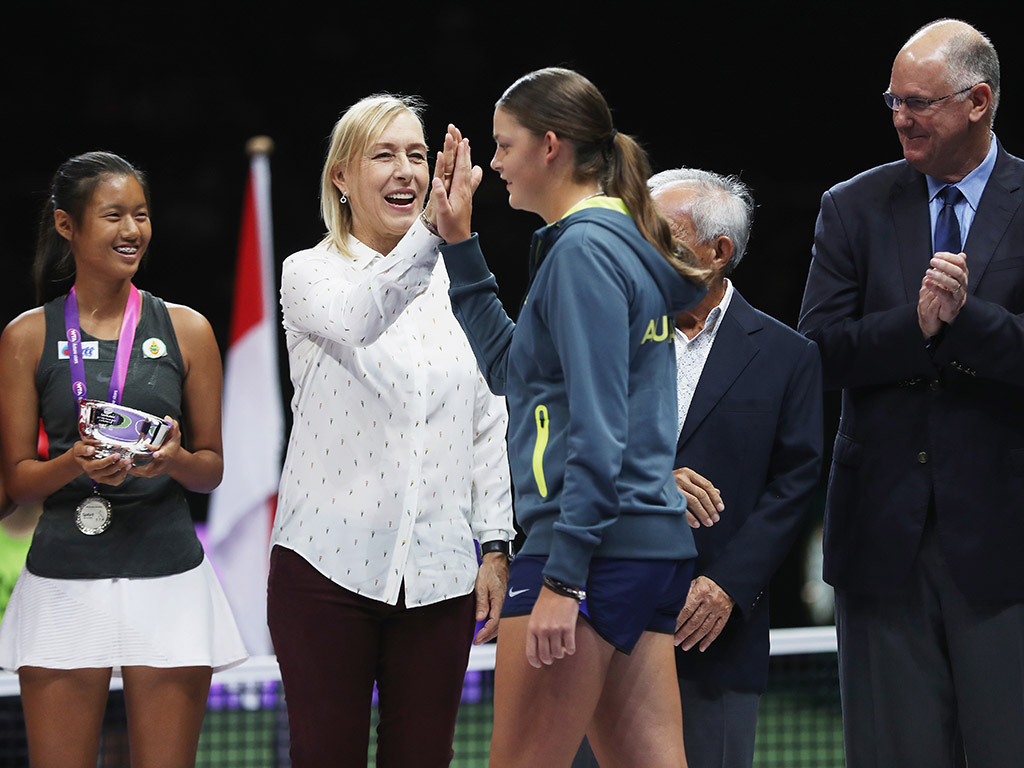 Smith bases her game off world No.4 Karolina Pliskova, a Czech who is widely known as the ‘Ace Queen’.

“I like to model my game after Pliskova. I tend to utilise my serve to set up points and try to have as many one-twos as possible,” Smith said.

“I like to use my forehand as much as possible. I run around my backhand a fair bit and hit off-forehands to set the points up in my favour.”

Still very much a developing player, the 16-year-old has identified her backhand as the weakness in her game.

“My line backhand needs to improve for me to consistently finish off points. I use my backhand cross as a rally ball to set up my forehand to go inside.

“I’m also working on my heavy grip to give myself a better short ball.”

Her short-term goal is to qualify for the Australian Open Junior Championships in 2018 and her long-term aspiration is to crack top 100 in the world.

Earlier this week, Smith, who has a world junior ranking of No.216, got to meet the game’s elite. With the top eight women in the world competing at the WTA Finals, Smith had the opportunity to experience valuable insights and learn what it takes to compete at the highest level.

“I met Venus Williams. She gave me her racquet and had a chat to me and wished me good luck,” Smith said.

“I look up to Serena. She’s an amazing sportsperson and everything about her, on and off the court, is just great,” she said.

Situated on the outskirts of Brisbane, Smith shares many of the qualities that her hometown, Dalby, is known for; she is a hard-working, ‘no-nonsense’ operator who loves the outdoors.

In her spare time, the Queenslander likes to relax by doing some shopping and hanging out with friends. She has a little brother who enjoys motorsports.

Moving forward, Smith still aims to complete high school but is planning on taking her training to the next level.

“Next year I’m going to go full-time at the Academy,” she said.

“I’ll probably get to be closer to a few of the [Australian] guys and girls, like [James] Duckworth, who have made it at the highest level.”