In a late-night match in Moscow on Tuesday, Daria Gavrilova survived a strong challenge from Kristyna Pliskova to reach the second round of the Kremlin Cup. 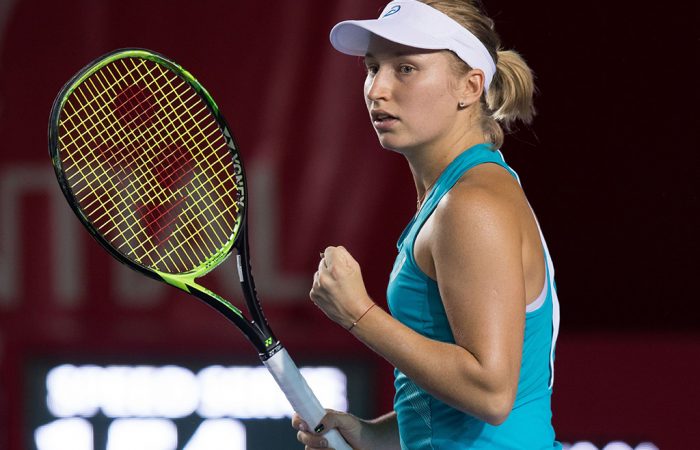 Daria Gavrilova was pushed to three sets before sealing a place in the second round of the WTA Kremlin Cup in Moscow.

The Australian beat Kristyna Pliskova 6-4 6-7(5) 6-1 in two hours and 17 minutes to book a second-round date with Belarusian qualifier Vera Lapko.

Gavrilova last week reached the final of the WTA tournament in Hong Kong, falling in an epic to Anastasia Pavlyuchenkova before jumping a flight straight to Russia.

Pavlyuchenkova did the same, but was not so lucky in Moscow; she fell in her first-round match to fellow Russian Daria Kasatkina 7-6(2) 6-1.

Maria Sharapova was another notable exit; the Russian wildcard, playing at the Kremlin Cup for the first time in 10 years, fell to eighth seed Magdalena Rybarikova 7-6(3) 6-4.

Gavrilova reached the final in Moscow last year, where she went down to Svetlana Kuznetsova.

Seeded sixth this year, she must reach at least the final again in order to defend her points and hold onto the No.1 Australian ranking.

Ash Barty, just one spot and less than 100 points behind Gavrilova at world No.23, will overtake her compatriot in the rankings should Gavrilova exit earlier.