Daria Gavrilova battled for more than three hours yet went down to Anastasia Pavlyuchenkova in a thrilling final at the WTA Hong Kong Tennis Open. 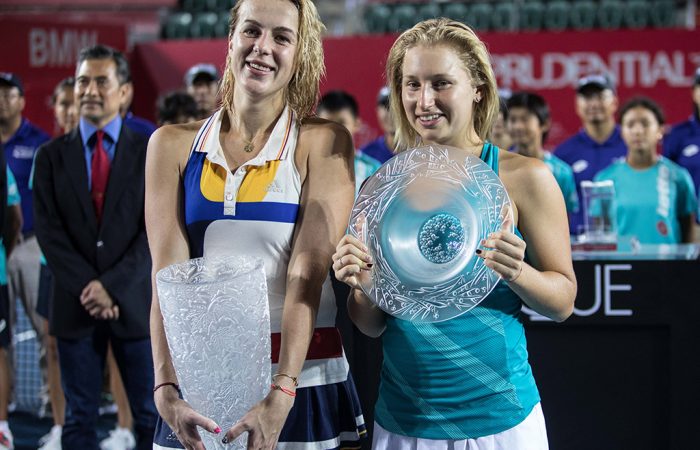 Australia’s Daria Gavrilova has fallen short in pursuit of her second WTA title, losing to Russian sixth seed Anastasia Pavlyuchenkova in the final of the Hong Kong Tennis Open.

Pavlyuchenkova prevailed 5-7 6-3 7-6(3) against seventh-seed Gavrilova in a match heavily disrupted by the weather, clinching her third title of the year.

The final started later than scheduled due to a typhoon off the coast of Hong Kong and the players then had to endure a half-hour rain delay with the deciding set delicately poised at 5-5.

Pavlyuchenkova’s victory followed wins in Monterrey in April and Rabat in May.

Gavrilova won the title in New Haven in August and finished runner-up in Strasbourg to fellow Aussie Sam Stosur in May.

“It was not easy mentally as this morning we were not sure if we were going to play or not,” the 26-year-old Pavlyuchenkova said.

“I just won a title so I’m extremely happy with that. It was a really, really tough match.”

Both players – who have played doubles together in 2017 – are in the draw for this week’s WTA Kremlin Cup, and faced a long-haul flight to Moscow shortly after the final.