Queenslander Ash Barty will return to her home tournament in January 2018 as a player verging on the world's top 20. 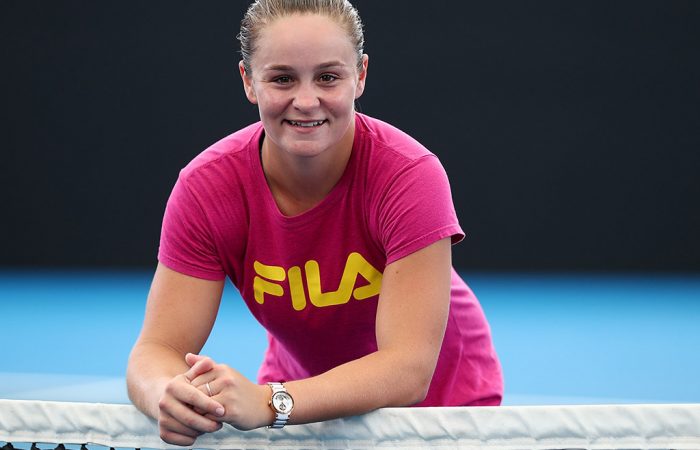 Queensland’s own world No.23 Ash Barty will play the Brisbane International presented by Suncorp in 2018.

The 10th edition of the Brisbane event is one of the strongest yet, with another Aussie, world No.21 Nick Kyrgios, also set to join world No.1 Rafael Nadal (ESP), world No.3 Andy Murray (GBR) and defending champions Grigor Dimitrov (BUL) and Karolina Pliskova (CZE) in next year’s field.

“I can’t wait to play the Brisbane International, one of my favourite tournaments right here at home in Queensland,” Barty said on Wednesday.

“It’s a tournament I’ve always enjoyed playing, especially in front of friends and family. When you play against the best players in the world, it helps to have the advantage of being at home and the support of the local crowd on your side.”

Barty will start the season on home soil after a breakthrough year on tour which saw her rise from 271 to just one place behind Australia’s No.1 female ranking player, world No.22 Daria Gavrilova.

“It’s been an amazing season, it really has. I was very motivated and worked very hard last year to get back to where I am now,” Barty said.

The 21-year-old, who trains at the Queensland Tennis Centre, made her WTA debut at the Brisbane International in 2012, and earlier this year took then-world No.1 Angelique Kerber to three sets on Pat Rafter Arena during the second round of the tournament.

“I’ve had some great matches here in previous years and I’m excited to come back and do it all again in 2018,” Barty said.

“Ash and Nick are two of the most talented players on tour and both have a special bond with Brisbane, in particular Pat Rafter Arena,” Quinlan said.

“Ash has had an incredible year on court and we are pleased she can start next year right here in front of a home crowd.”

“Fans will be treated to a week of world-class tennis and we are delighted to welcome Ashleigh Barty and Nick Kyrgios back to the Brisbane International,” Ms Jones said.

“With this fantastic line-up of home-grown and international talent starting their 2018 season right here at Pat Rafter Arena, we know that this event is sure to attract sell-out crowds and ensure the eyes of the world are on Queensland.”