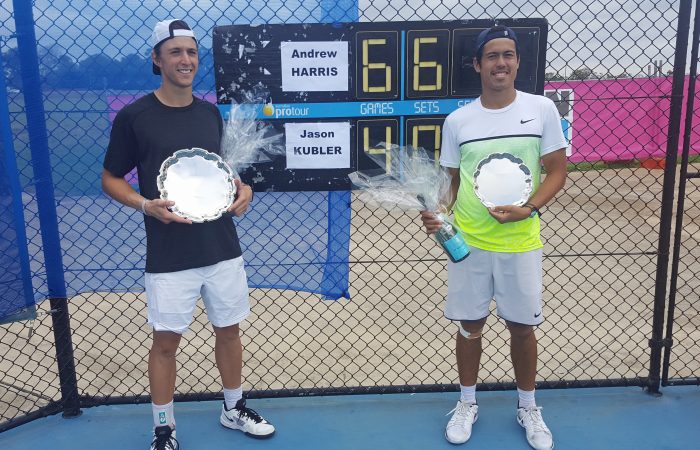 Competing in his first block of professional events since finishing a four-year US college stint at the University of Oklahoma in May, the 23-year-old was ecstatic to claim the victory.

“This is huge,” Harris said. “It gives me a lot of confidence. I’ll take this with me and hopefully it will lead to more wins.”

With his opponent somewhat hampered by a shoulder complaint sustained in his previous match, Harris stood firm and eventually ran away with the match 6-4 6-0.

“Once I got on top of him I just got on a roll and closed out well,“ Harris said.

Unfortunately, despite putting up some early resistance, she was no match for the pinpoint accuracy of Japan’s Eri Hozumi, the second seed, falling 7-5 6-2.

The Japanese success continued in the women’s doubles with the duo of Momoko Koburi and Ayano Shimizo claiming the title, while Bradley Mousley partnered  Zhe Li of China to claim the men’s doubles.