With three top-50 ranked women for the first time in 28 years and a squad of talented teenagers emerging, the Australian female tennis landscape is looking increasingly rosy. 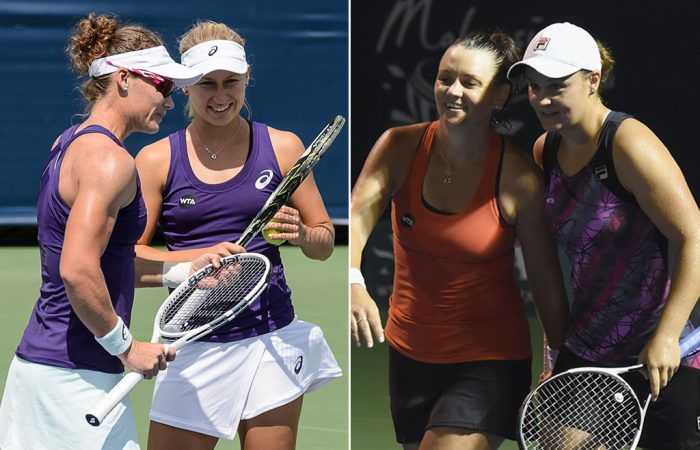 When the 2017 year-end rankings are confirmed, Australia is highly likely to have three women ranked in the top 50.

The last time that happened was 1989.

Back then, 28 years ago, Hana Mandlikova, Anne Minter and Jenny Byrne were the green-and-gold’s representatives in this elite bracket. This year, it will be Daria Gavrilova (currently No.21), Ash Barty (No.37) and Sam Stosur (No.47).

The great news is, our current trio are not the only Aussies making waves in the women’s game.

This week, Queensland teenagers Lizette Cabrera and Priscilla Hon qualified for respective WTA events in Guangzhou, China and Seoul, Korea. Both won through to the quarterfinals, their best-ever showings at a tour-level tournament.

Another Aussie teen, Destanee Aiava, cracked the top 150 in early September, while 18-year-old Jaimee Fourlis has risen 100 places in the rankings in 2017. Aiava broke through by qualifying for the Brisbane International and winning her first-round match, while Fourlis won a round at the Australian Open and pushed Caroline Wozniacki to three sets at Roland Garros.

All four youngsters have great role models to look up to when they watch players like Gavrilova, Barty and Stosur go about their business. “I feel like now a few girls are gonna look up to me and I have to really give them a good example,” said Gavrilova, the Australian No.1 after assuming the mantle from Stosur in June. “I feel like Sam (Stosur) is still our leader and I look up to her a lot but yeah, it feels pretty special.

“I think our tennis is in good hands right now and I think our leaders like Alicia (Molik) and Pratty (Nicole Pratt) are doing a really good job.”

Pratt, the head of Australian women’s tennis, discussed two years ago the importance of having players in the crucial 100-250 ranking bracket. This, she said, was a position that opened doors in terms of entry into higher-level tournaments and Grand Slam qualifying draws, providing more regular exposure to an elite standard of competition.

At the time, when Stosur was well clear as the Australian No.1, we had three women in that bracket: Casey Dellacqua, who has since become a doubles specialist, the soon-to-be retired Jarmila Wolfe, and Arina Rodionova.

Now, it’s a rosier outlook. While we still have three women – Rodionova, Aiava, Cabrera – in that bracket, they’re much younger, and in the case of Rodionova, ranked much higher than back then. The Melburnian, currently a career-best 122nd, this year qualified for her first Wimbledon and advanced to the second round and also reached her first WTA quarterfinal in Nanchang.

And back when Pratt first made those comments, Australia didn’t already have three women in the top 50 ahead of them. 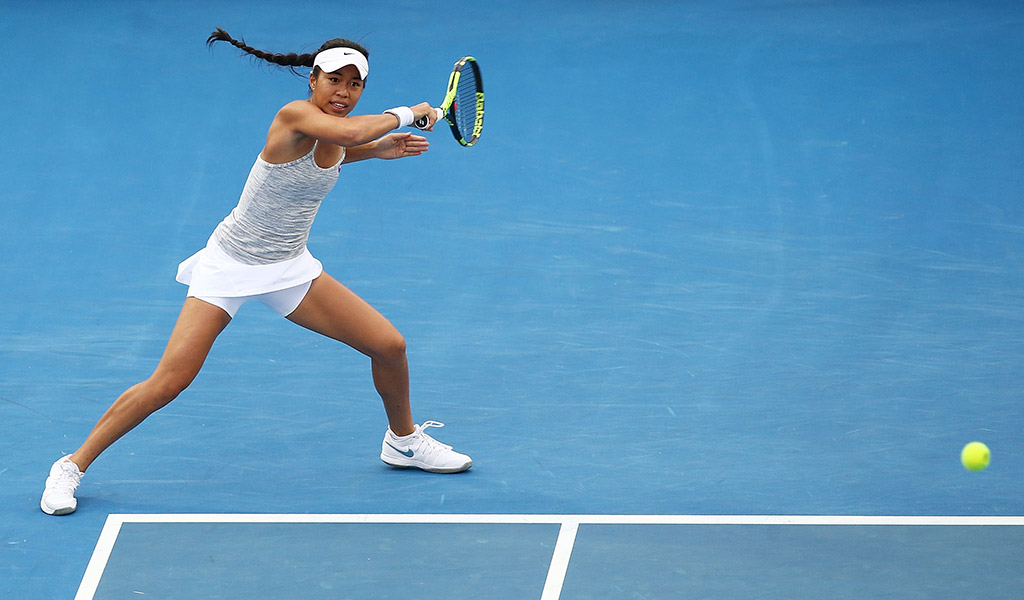 “Nothing compares to players doing well at the top of the game,” she told tennis.com.au. “A lot of our players are seeing others achieve success and then believing they can do it as well.

“No question there’s a really positive vibe in Australian women’s tennis right now. And I think it’s come off the back of a number of outstanding results from our top women, like Dasha winning the title in New Haven, and Ash consistently performing well and qualifying for the big events.

“Obviously we’ve got some youngsters coming up as well … (another one is) Isabelle Wallace, who’s been training and living overseas, at a career-high ranking of No.282.

“So six out of our top eight women are all at career-high rankings, which is pretty impressive.”

Pratt identified a number of cultural changes that have also helped the Australian women flourish on the international stage.

The emphasis that she and Australian Fed Cup captain Molik have put on the importance of Fed Cup representation is one. The introduction of national camps – staged throughout the past year for WTA-ranked players, Junior Fed Cup squad members and 12/u, 13/u, 14/u, 15/u and 16/u age groups – has been another.

The result? An improved team culture, and increased camaraderie among the Australian players, who frequently practice and dine together and support one another courtside when on the road. They also often train together when back in Australia, at places like Melbourne’s National Tennis Centre and the Queensland Tennis Centre in Brisbane.

“We have been working on creating a more inclusive culture for all players,” Pratt said.

“(And) showing flexibility in our pathway – there’s no one way in order to achieve success. We’ve really been looking at different avenues where we can support everyone and tailor it to their individual needs.

“I think the camps have helped players get to know each other, and there has been that cross-pollination of age groups. We’ve in a way been the facilitators of making sure that (cameraderie) continues throughout the year, but it’s also testament I think to the character of the individuals – they are all great girls, both on and off the court.

“You’ve got someone like Casey Dellacqua who is the glue, I think, in a lot of those different situations. She’s just got such an infectious personality and so likeable and (has) great perspective. I think she’s been a really key player and helping hand in everyone’s success, to be quite honest.” 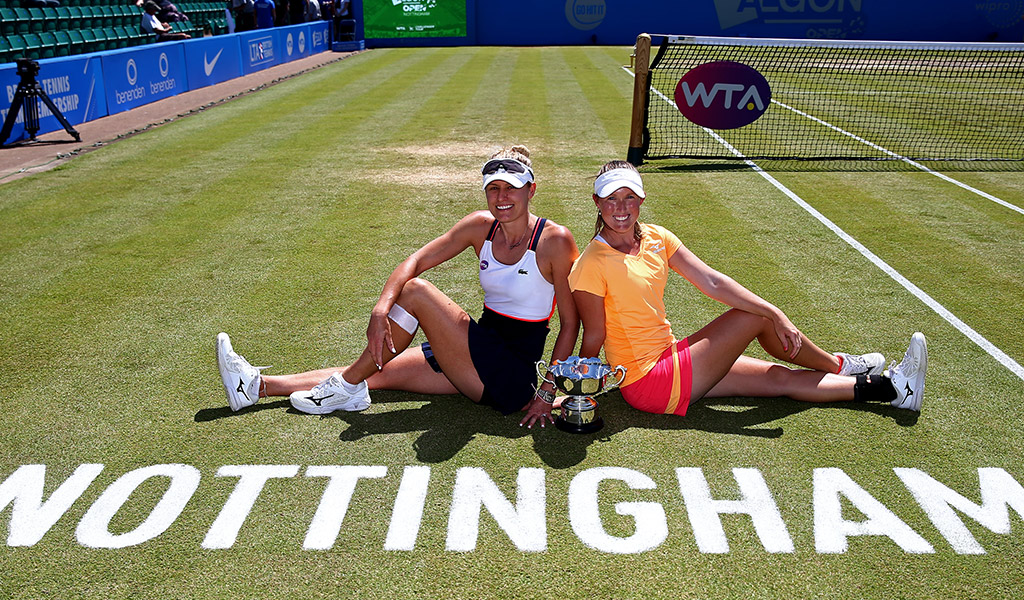 Dellacqua, with Barty, has been bringing Australia plenty of success on the doubles court as well.

After winning three WTA titles in 2017 plus reaching the French Open final, the duo have for the first time qualified for the prestigious WTA Finals in Singapore as one of the world’s top eight teams.

Another Aussie partnership, Monique Adamczak and Storm Sanders, won their first WTA title in Nottingham earlier this year and are both ranked inside the top 100.

In Pratt’s eyes, with consistent success and positive storylines involving Australian women everywhere you look, the sky is the limit.

“It’s actually really healthy competition between all of them as well in the different areas,” she said.

“Certainly it’s exciting too that Sam (Stosur) is coming back (after injury) and playing in Asia, and really her ranking can only go up.