Nick Kyrgios underlined his passion for Davis Cup with a dramatic five-set win in Brussels. 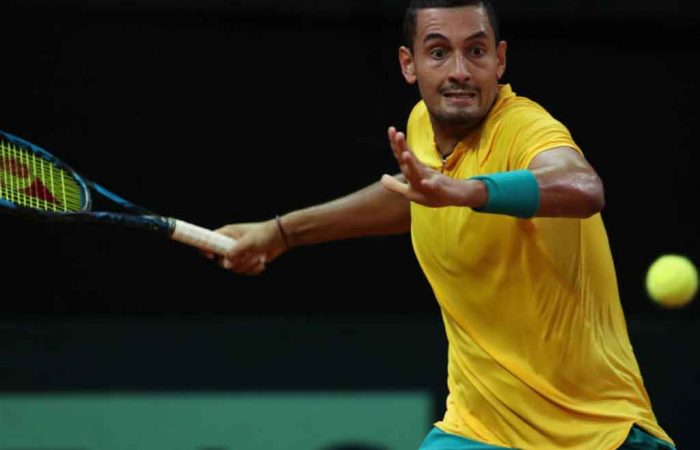 Nick Kyrgios has vowed to keep delivering for Australia in the Davis Cup following his dramatic five-set victory over Steve Darcis in Brussels.

Kyrgios has endured a tough year with injuries forcing him to retire from Queen’s, Wimbledon, and an event in Washington last month, leading to some inconsistent form on court. He is 26-13 in wins-losses so far this year on the ATP Tour.

The enigmatic star has previously admitted he’s often not as committed as he should be with his training and even questioned his long-term future in tennis.

It was arguably his best performance in a campaign that has also seen him beat Novak Djokovic at Indian Wells in March and more recently Rafael Nadal in Cincinnati.

“I think it was one of more important wins I have had,” Kyrgios said of overcoming Darcis.

“I was 2-1 down in a tough situation and obviously the crowd was going for him.

“It was on a tough clay court and I had a lot of doubts, but Lleyton was in my face telling me to believe and things will turn our way.”

Kyrgios will face Belgian spearhead David Goffin in Sunday’s reverse singles and the 22-year-old feels in his best shape for months – ready to take Australia to a Davis Cup final for the first time in 14 years.

“I haven’t had my greatest couple of months … but I played pretty well in Cincinnati.

“But this Davis Cup tie has alway been at the back of my mind and I wanted to peak for this week.

“I did everything right preparing. This has been my priority all year.

“I didn’t play my best tennis but I served well on the big points and that is the best part of my game.”