The Australian Junior Davis Cup team is preparing for the Finals in Budapest. 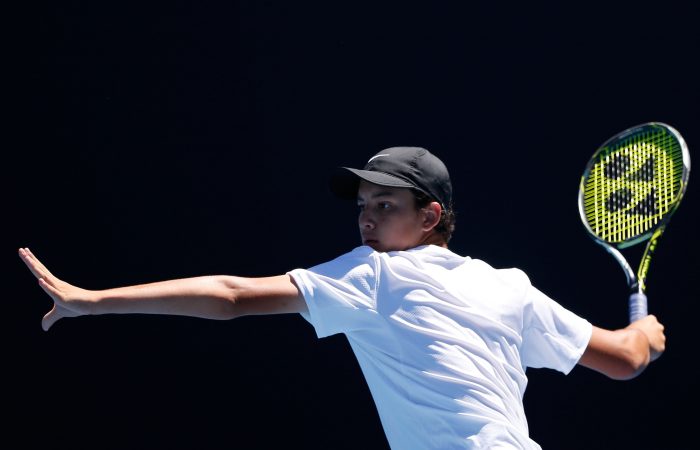 Australia’s best 16-and-under boys will travel to Budapest, Hungary to compete in the prestigious Junior Davis Cup by BNP Paribas Finals from 19-24 September 2017.

Inspired by the Davis Cup semifinals in which Australia will take on Belgium in Brussels from 15-17 September, the juniors are hoping to emulate the success of their fellow Aussies and achieve a strong result.

The Junior Davis Cup is an international teams’ event which sees the world’s top 16 countries battle it out for the top spot, competing against each other in singles and doubles round-robin matches to determine the standings for the final elimination rounds.

The boys’ team qualified for the Junior Davis Cup after placing second out of 16 teams behind Japan at the Asia / Oceania qualifying event held earlier this year in New Delhi, India.

Sydney-based Hijikata is looking forward to representing Australia and playing alongside his compatriots.

“It’s pretty surreal every time you get the chance to put on the green and gold,” Hijikata said.

“Playing for Australia has been one of my main goals throughout my life, I’d always hoped to get the chance but wasn’t sure how realistic that goal was, so it’s always an honour.

“I think that we’ve got a great team here and the boys are playing a good level of tennis coming into the event.

“We’d obviously love to have a crack at going deep into the tournament but the main goal is to compete as hard as we can every match and represent Australia with pride and integrity.”

Team captain Ben Mathias believes the team has had solid preparation for the event and is ready to compete.

“Our goal as a team was to prepare well, compete hard and represent Australia with respect and passion; we have the opportunity to control these factors and hopefully that helps us get a good result, Mathias said.

“The team has had a lot of preparation coming into the tournament; we had a training camp on clay in April and we also committed to a five-week tour on the European Junior circuit, which has helped build experience and team camaraderie leading into the event.

“The dynamics of the team are really strong, all the boys push each other to compete at their best and we’ve got some really strong doubles combinations in the mix.

“I think we have a great opportunity to secure a strong result for Australia.”

The team departed for Europe last month to train and prepare for the tournament.