Rafter reflects on US Open victories

Twenty years ago, Pat Rafter rose to stardom with his victory at the 1997 US Open. Perhaps more impressively, he repeated his feat 12 months later. 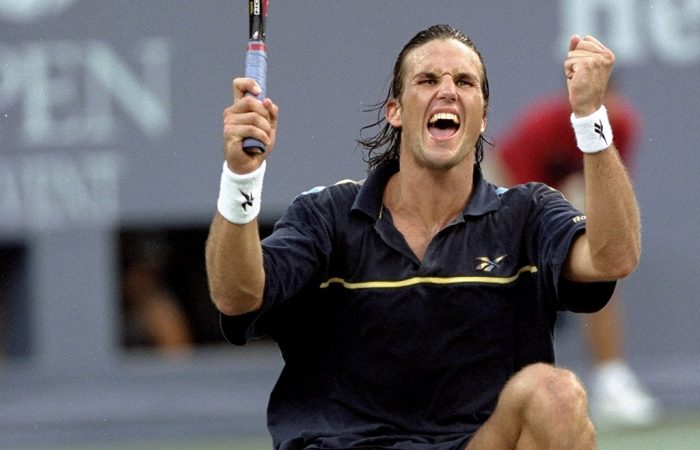 Australia had a new tennis hero when Pat Rafter won the US Open 20 years ago.

In 1997, the Queenslander surprised the tennis world – and kicked off celebrations in his homeland – with his run to the title in New York, seeded a lowly 13th and playing in his first Grand Slam final.

It was the first time in more than a decade, after Pat Cash won Wimbledon in 1987, that Australia had a major singles champion.

Rafter had never passed the third round of the US Open before. He had just one major semifinal to his name – at Roland Garros in 1997 – and had never gone beyond the fourth round at 18 of his 19 previous Grand Slam main draw appearances.

But at Flushing Meadows that year, everything clicked. In retrospect, his run hardly came out of the blue; he won 12 of his 17 matches in the North American hardcourt swing leading up to the Open, reaching finals at New Haven and Long Island. He was feeling good about his game.

“(The US Open title was) coming off a lot of tennis. I’d had a half-decent grasscourt season (reaching the fourth round at Wimbledon) so I just went into the American summer playing pretty well because I’d played lots of tennis at Wimbledon, trained hard over the summer in the US,” he told tennis.com.au.

“Playing lots of tennis, it always suited me.”

In New York, Rafter won his first three matches – against Andrei Medvedev, Magnus Norman and Lionel Roux – in straight sets and then overcame the unseeded, yet nevertheless dangerous, Andre Agassi in four sets to advance to the quarterfinals. There, he beat another Magnus – Larsson, also of Sweden – before taking down No.2 seed Michael Chang in a semifinal masterclass, 6-3 6-3 6-4.

The only thing standing between Rafter and a maiden Grand Slam trophy was the unseeded Greg Rusedski, a Canadian-born Brit also appearing in his first major final and against whom the Australian owned a winning record.

Rafter triumphed 6-3 6-2 4-6 7-5, volleying a forehand winner into the open court and collapsing on his back in celebration.

After falling in five finals earlier in 1997, finally he had his hands on a piece of silverware.

While that title was incredibly significant, what followed was perhaps even more impressive. American legend John McEnroe had warned Rafter against becoming a “one-Slam wonder” and Rafter made sure that wasn’t the case, going back-to-back at the US Open with victory in 1998.

His lead-up form was even more striking – he won back-to-back Masters titles (then called Super 9s) in Canada and Cincinnati as well as the Long Island trophy, going 18-2 during the US summer before arriving in the Big Apple.

In more recent times, players claim not to pay attention to the notion of defending a title. New year, new tournament, different circumstances, not relevant, etc.

And Rafter? “Yeah I was thinking about it,” he admitted. “Bloody oath. Because your ranking drops pretty hard if you don’t defend. I’d done really well in some of those (lead-up tournaments) so I felt like I’d defended nearly all my US Open points (from 1997) anyway. So I was pretty relaxed.

“At the same time I must admit I was a bit mentally fatigued, I guess, and dealing with the pressure. I know after one of my matches, in the second or third round, John Newcombe came up to me and said, ‘Pat, how’re you going?’ I said, ‘I’m struggling. I just feel flat.’ He goes, ‘what’re you talking about? It’s the US Open! Pull your head out of your arse and keep going.’

“And that’s pretty well what happened. I started to focus again – he was right. I just needed that boost and then Newcombe said the right words at the right time. But emotionally I was pretty tired. But that got me back on track. And after maybe the third round I really sunk my teeth into it again and started playing good tennis.”

Rafter beat seeds Goran Ivanisevic and Jonas Bjorkman in the fourth round and quarters respectively, before stunning world No.1 Pete Sampras in a five-set semifinal. Against fellow Aussie Mark Philippoussis in the final, he committed just five unforced errors in a 6-3 3-6 6-2 6-0 statement.

“I was playing great tennis – I was moving really well, I was really fit. I guess I was hard to hurt, I could cover up my weaknesses,” he recalled. “That’s how I sort of approached that year really. It was a good year for me, 1998. It was a really good consolidating year.”

With two major singles titles on his CV, few know better than Rafter what it takes to produce a fortnight of winning tennis at a Grand Slam tournament.

“In 1998 I should never have won; first round I remember against (Hicham) Arazi he had me two sets to love (down) and break point … he got pissed off on a line call pretty badly, he lost his marbles, so that’s luck. 1998 was luck,” Rafter said.

“At the same time, I guess you get your own luck in a way. I know It’s a bit of a clichéd comment … but you’ll still get those opportunities and that’s what happened in 1998.

“(That’s) the way I approached my whole career. I was never the best but I knew that to win matches against the best you had to be on all the time. I would try my hardest every single time.”