Barty back in New York for first time in three years

The 2014 US Open was the last tournament Ash Barty played before taking an extended break from tennis. Now she's back as a top-50 star. 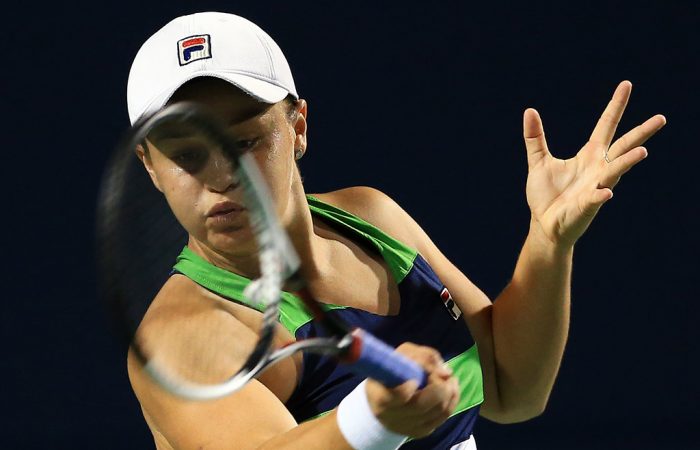 The last time Ash Barty was at the US Open she was about to walk away from tennis.

Three years on and Australia’s former junior prodigy has re-established herself as one of the hottest talents in the game and a dark horse to avoid at Flushing Meadows.

The 21-year-old has rocketed from 325th in the rankings in January to world No.43 after a breakout season featuring her maiden WTA title in Malaysia and head-turning wins over Grand Slam champions Venus Williams and Garbine Muguruza.

Barty’s shining star is a far cry from the dark days of home-sickness that led to her dramatically quitting the sport after the 2014 US Open.

TV GUIDE: follow all the action from the US Open

“A lot of things have changed since I last played here,” Barty told AAP ahead of her first-round clash on Tuesday morning with Croatian Ana Konjuh.

“A lot of it was just maturing. Obviously I have a very different view on life as a 21-year-old as I did to a 17-year-old.

“I’ve been through a lot of these experiences now before so it’s more familiar to me and I feel more comfortable and that’s been a massive reason for my success.

“And obviously the team I have around me, we’ve done everything we possibly could and we’re reaping some of those rewards now.”

AUSSIES IN ACTION: US Open Day 1

Such has been her transformation since excelling during a cross-sport stint in the Women’s Big League Bash with Brisbane Heat that Barty has emerged as a Grand Slam force in barely her second year back in tennis.

“To me, the number next to the name doesn’t matter too much,” she said.

“I feel great coming in. Definitely an opportunity. I’ve had a really solid year.

“There haven’t been too many times where there’ve been slumps in form or in matches or where we’ve come off court and questioned what we’re doing.

“So I feel like I belong in the top 50 and I’m playing some good tennis to back that up.”

Jelena Ostapenko’s French Open triumph and the unpredictable nature of women’s tennis in the absence of pregnant superstar Serena Williams has proven anything’s possible for Barty in New York.

“This year there’s been a lot of players winning their first titles. It’s exciting for women’s tennis,” said the former Wimbledon junior champion.

“Maybe it’s that new generation coming through and starting to give it that real red-hot crack, but I feel like every tournament is open.

“It doesn’t matter whether it’s a slam or just a normal sort of tournament during the season. It’s really exciting.”