Thompson pushes Zverev all the way 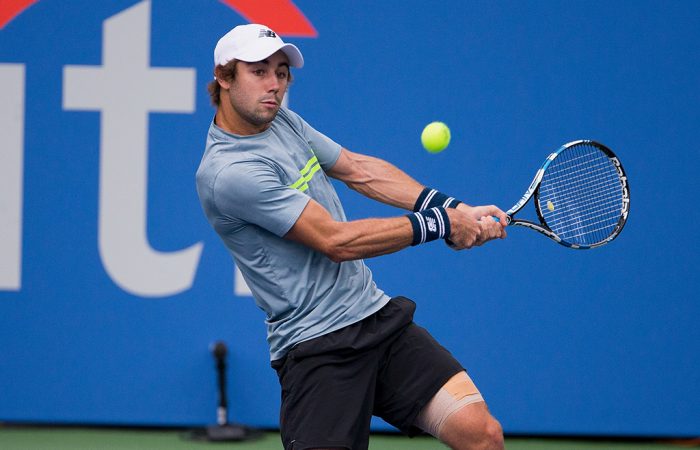 Jordan Thompson pushed Alexander Zverev to the limit before the world No.8 escaped with a tense three-set victory in Washington DC.

A couple of matches later on Stadium, Nick Kyrgios retired from his second-round clash with Tennys Sandgren due to a shoulder injury.

The 22-year-old Australian was losing 6-3 3-0 to the world No.106 American when he pulled the pin after being in obvious discomfort throughout the match.

It was Kyrgios’ first tournament since he retired during the first round of Wimbledon last month due to a chronic hip injury.

He reached the second round in Washington after a bye in the opening round.

Thompson retrieved admirably yet also surprised an erratic Zverev with his ability to sneak into the net, showing off his quick reflexes and soft hands.

Yet trailing 6-4 3-2, the No.5 seed clicked into gear, putting more pop on his shots and reeling off seven games in a row to seemingly put the result beyond doubt at 3-0 in the third.

Thompson had other ideas, breaking serve in the seventh game of the final set against the tide and engaging the German in protracted rallies.

The Stadium Court crowd were thrilled as the match progressed to a final set tiebreak, and after falling behind 2-0, Thompson again rebounded, scoring a mini-break to lead 5-4.

With two serves to come on his racquet, Thompson blinked, finding the net with a backhand and then coughing up his first double fault of the match to hand Zverev a match point.

Zverev converted when he stretched Thompson out wide and forced a forehand error.

He could next face Nick Kyrgios; the 10th-seeded Aussie later on Wednesday faces American Tennys Sandgren for a place in the last 16.