After a better-than-expected season, Ash Barty has been forced to reassess her goals - which now including finishing the season inside the top 50. 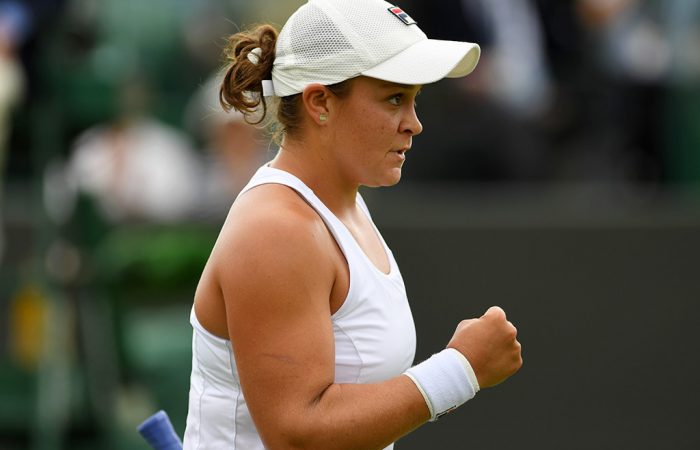 Just over a year into her comeback to singles after a near two-year hiatus, the Queenslander has shot up the rankings and now sits at world No.58.

Speaking with SEN Radio’s The First Serve on Sunday, Barty admitted she had been forced to re-work her goals after her comeback had unfolded even better than she had anticipated.

“I think for us (she and her team), this year’s still about consolidating and I’d love to finish the year inside the top 50,” said Barty, who won her first career WTA title earlier this season in Malaysia.

“Wasn’t really a goal for us – it was more top 100 was a goal, so it’s nice to be in and sort of have higher expectations going towards the end of the year.”

The Aussie, who also reached the WTA Premier-level final in Birmingham and who owns a 24-10 record in 2017, will turn her attention next to the North American hard courts, a swing of tournaments in the run-up to the US Open which she has never before contested.

Despite still feeling somewhat new to it all, the rapport with her team coupled with her enjoyment at being back in the second phase of her career are both factors contributing to Barty’s impressive results.

“I think being back in the sport again, it was going to take some time to switch my ‘tennis brain’ back on and work out things while I’m on court, she said.

“My coach and I sit down before every match, and the night before a match we’ll point out two or three key points that we want to focus on for the match. A lot of the time it’s about me and what I want to do, as opposed to worrying about my opponent too much.

“I feel great on the court, I feel clear, and I feel like (coach) Craig (Tyzzer) and I have a really good relationship both on and off the court – we can talk about footy, we can talk about tennis, and when it’s time to knuckle down, we can do that.”

The passionate Richmond Tigers fan, who has also played professional cricket, revealed that she’d also been switching between the women’s cricket World Cup and the British Open prior to the radio interview.

“It was nice to squeeze in a few rounds now that I’m home (after Wimbledon).”