Spectators will go to new heights at Australian Open 2018, with the launch of umpire seating. 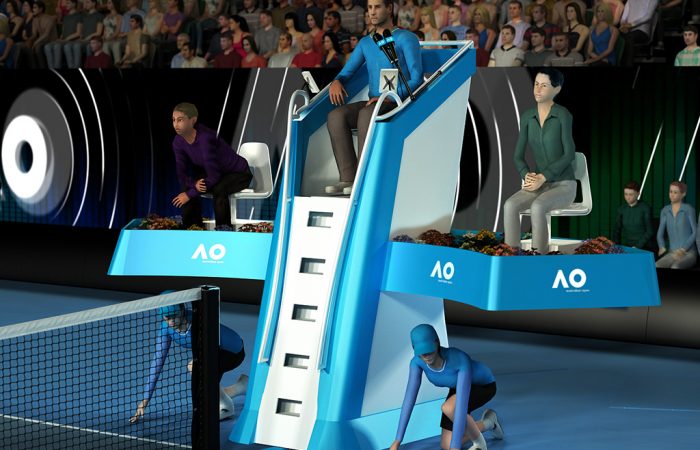 In an exciting new initiative which will literally take the spectator experience at the Australian Open to even greater heights in 2018, Tennis Australia has today announced that premium seating for fans will be available on either side of the chair umpire for every match played at Rod Laver Arena.

Following the resounding success of the courtside seating introduced at AO 2017, from next year fans visiting the ‘Happy Slam’ at Melbourne Park will be able to gain an even better view of the on-court action by sitting alongside the chair umpire.

The two elevated seats, which will be available for the general public to purchase, will also serve as sun shades for the ballkids on duty at Rod Laver Arena.

“We have always been proud of breaking new initiatives, and thanks to the introduction of premium chair umpire seating, from next year tennis fans will be able to get closer to their heroes than ever before,” said the designer of the unique on-court furniture, Mr. Harold Hichere.

“This is an incredibly exciting concept which will take the spectator experience to the next level, so we’re delighted to be leading the way in innovation.”

Further information on how to purchase the premium seating will be announced at a later date.