Tickets are on sale now for the Australia v United States World Group quarterfinal in Brisbane, a clash of the Davis Cup titans. 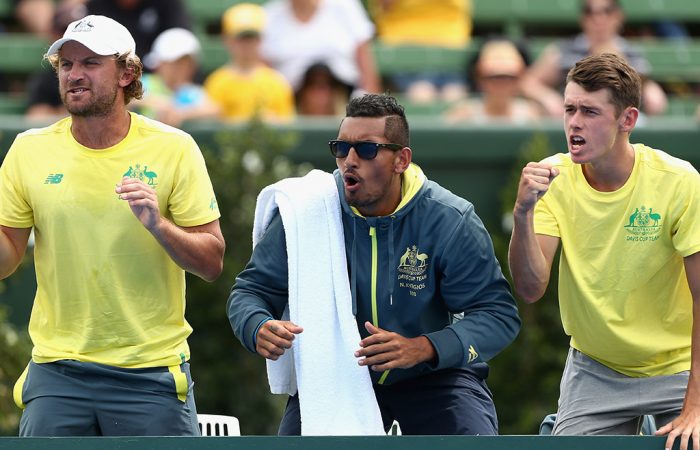 Tickets have gone on sale today for Australia’s Davis Cup quarterfinal tie against the United States, which will take place at Queensland Tennis Centre’s Pat Rafter Arena on 7-9 April 2017.

The two most successful nations in Davis Cup history will go head to head in Brisbane for a place in the semifinals, and for as little as $25 tennis fans can be there to witness this clash of the titans.

Three-day ticket packages, which are priced $150 for adults, $25 for children or $325 for a family ticket (two adults and two children), can be purchased now at www.ticketek.com.au/daviscup.

Alternatively, tickets can be bought in person at Ticketek agencies, at various locations.

“This will be the 47th meeting between Australia and the United States; currently the US leads the head-to-head by 26-20 so we’d really love to close the gap,” Quinlan said.

“These two countries have long been great rivals; the US have won the Davis Cup 32 times to Australia’s 28, so we’re talking about two giants of the competition.

“It’s been 14 years since our last Davis Cup title, so Lleyton and the boys are hungry for success and I’m sure the crowds will get right behind them in April.”

Australia’s Davis Cup captain Lleyton Hewitt and his American counterpart Jim Courier will name their teams 10 days before the tie, on Tuesday 28 March.