Mildura to rally for charity with Dylan Alcott 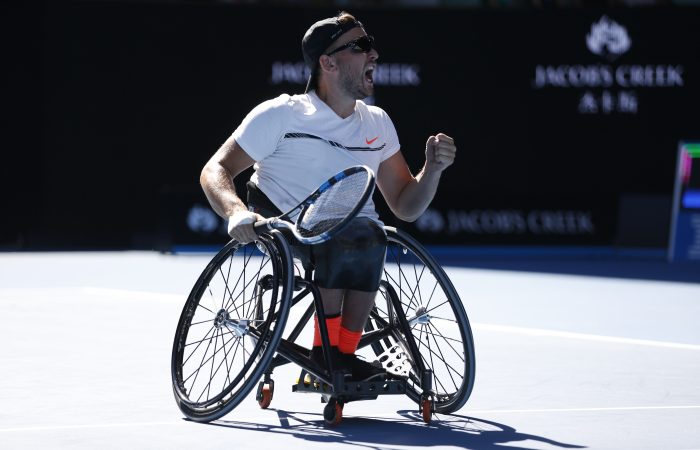 Mildura will get a taste of grand slam action next week when three-time Paralympic gold medallist Dylan Alcott challenges local Mildura identities in a series of exhibition games, generating funds for Chances for Children.

As part of its Australian Open sponsorship and commitment to the Sunraysia region, ANZ is bringing a ‘pop-up’ tennis court to Langtree Mall to stage the innovative event.

Held on Thursday 2 March from 10.00am, the 2017 ANZ Mildura Community Charity Tennis Challenge will feature a long list of local identities and will be moderated by local 99.5 Star FM breakfast radio personality Michael “Billows” Billings.

Invited participants will challenge Dylan for four points each, with every point Dylan wins resulting in $150 going to Chances for Children, a local charity providing financial support and mentoring services across northwest Victoria and southwest New South Wales.

Members of the crowd will also have the opportunity to challenge Dylan through a tennis trivia competition held courtside.

ANZ Regional Executive, Lionel Sexton, said the charity event will provide an opportunity for the community to come together, support a regional initiative with a difference and make an impact on the future of young local people.

“Mildura is home to a number of talented regional business leaders who care deeply for the community they work in,” said Mr Sexton. “We’ve enlisted a number of business and community leaders who are keen to contribute by participating on the day and we’re confident we’ll raise plenty of much needed funds.”

“Those playing will need to bring their A-game! Dylan is in good shape, following his Australian Open success, and he’s not going to take any point lightly.”

The event is open to the public, free of charge, with prizes and giveaways also available.