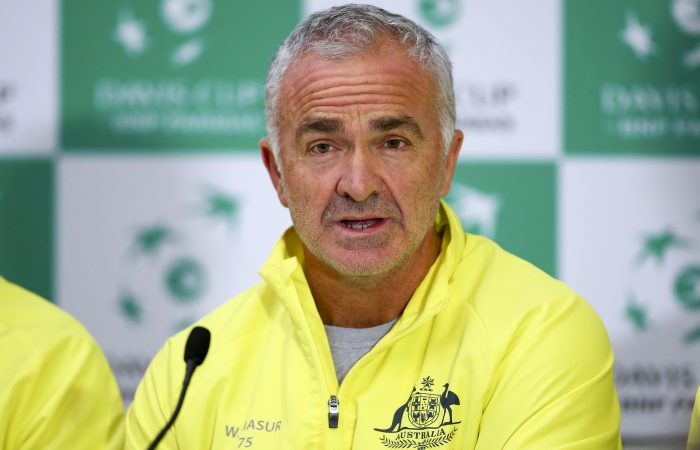 “I want to thank Tennis Australia, in particular the Performance Team, for all of their efforts, hard work and dedication to tennis. I have been very impressed with their work ethic and love of the game,” Rafter said today.

“The time is right for me, I came in to Davis Cup and then in this role because I wanted to make a difference and I feel we have taken some major strides.

“This journey for me – through the Davis Cup years and now as Performance Director – has been an eye opener to say the least. The restructuring process that we went through in September last year was intense for everyone.”

Masur, as Rafter’s deputy, was a key driver of a lot of the changes.

“It’s important that the principals behind this change stay consistent. Wally and I have been talking about our philosophy for more than 10 years now. Although we may slightly differ in opinions and approaches at time, we still have the same values when it comes to the main decisions. Wally is the link,” Rafter explained.

Rafter said he will take a break but would continue to play some sort of role in Australian tennis in the future.

Wally Masur was thankful for Pat’s support and excited about the new role.

“Pat has been an outstanding leader and I am grateful that we have been able to work so closely together from Davis Cup to now. We have been planning a smooth transition and I think we will be able to continue all of his good work,” Masur said.

“We have a great team in place and Australian tennis has a very bright future.”

“Wally will ensure a seamless transition and brings with him the full gamut of experience along the performance pathway, having spent many years running and coaching one of the biggest national academies in NSW as well as serving as Davis Cup coach and then captain.”

“Pat has always been a strong leader and catalyst for change – from his time as Davis Cup captain through to Performance Director,” Healy said.

“Pat has been instrumental in all of the changes that have implemented over the last two years.

“We wish him well in his next endeavour and know that he will continue to play a major role in Australian tennis whenever appropriate. He leaves with our utmost respect and gratitude.”