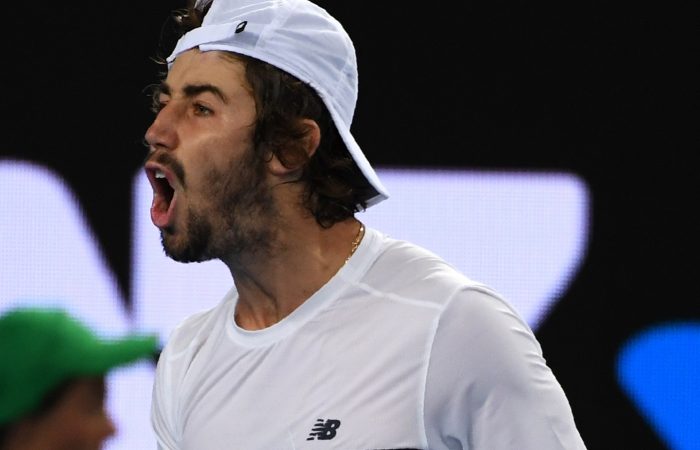 Twenty-two-year-old Jordan Thompson, from New South Wales, will make his debut for Australia when the team takes on Czech Republic in the Davis Cup by BNP Paribas World Group opening round tie on hardcourt at Kooyong Lawn Tennis Club next week.

Australia’s Davis Cup captain Lleyton Hewitt named Thompson alongside world No.13 Nick Kyrgios, big-serving Sam Groth and world No.9 doubles specialist John Peers in the four-man side for the opening round tie from 3 to 5 February.

“The team are hungry and eager to get Australia off to a good start in the World Group next week, and are looking forward to the match against the Czech Republic,” Hewitt said.

“To be at home on hardcourt at Kooyong will give us every opportunity to secure a win.

“Nick, Sam and John bring plenty of experience to the team, and we couldn’t be prouder to have Jordan Thompson in the fold. To put on the green and gold for Australia’s Davis Cup team is very special and just the beginning for Jordan.

“Both Sam and John are still alive in the Australian Open men’s doubles draw and will bring plenty of match practice into the tie.

“We encourage the general public to come out and support us next weekend,” Hewitt added.

Australia and Czech Republic will return to the spiritual home of Australian tennis for the first time in 44 years.

Australia has met the three-time Davis Cup champions on eight occasions, and holds a 7-1 record over the Czech team. They most recently met in Ostrava in March 2015, when Australia won 3-2.

Melbourne Park will also be used as an official practice venue for the tie.