Sam Groth is out of the Brisbane International after being beaten in straight sets by Austria's Dominic Thiem. 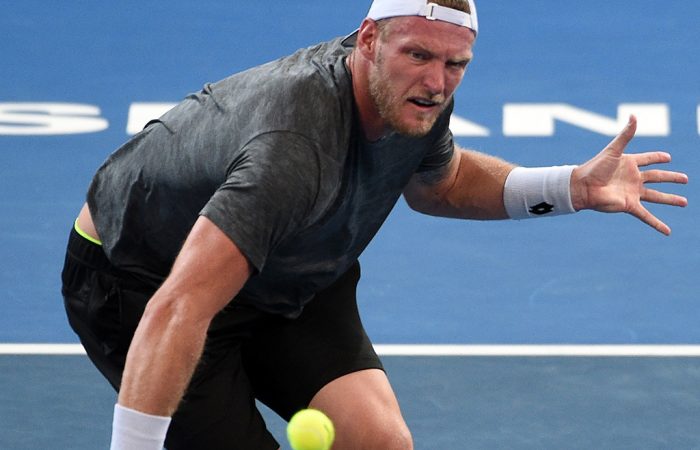 Sam Groth’s progress at the Brisbane International has been halted by the soaring talent of Dominic Thiem 7-6(5) 6-3 in the second round.

Groth, playing as a wildcard at the Queensland Tennis Centre, was looking to build on his hard fought three-sets triumph over Pierre-Hugues Herbert but the world No.8 prevailed with a commanding performance.

Both players held serve throughout a tense opening set to force a tie-break. Despite Groth winning more points and firing down seven aces, it was Thiem who stole the set having forced a wayward forehand from the Australian.

Groth was forced to fend off two break points at 2-3 in the second set and canvassed the net well to stay in touch. However Thiem earned another chance at 3-4 with a remarkable angled backhand winner to edge into the ascendancy.

The Austrian served out the 90 minute match to love and will take on Grigor Dimitrov in the quarter-finals after the Bulgarian defeated Nicolas Mahut 6-2-6-4.

World No.180 Groth will re-group hoping to take advantage of his wildcard spot at the Australian Open later this month.