A Night with Novak at MCA

A Night with Novak – a free sports and entertainment spectacular at Margaret Court Arena - will be a highlight of the tennis calendar in the week before the Australian Open. 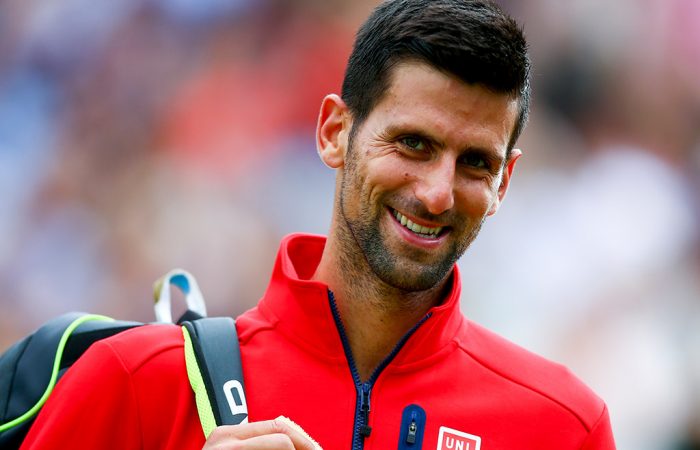 “A Night with Novak” will take place at Margaret Court Arena on Wednesday 11 January and will raise funds for the Novak Djokovic Foundation, which supports quality preschool education for children.

“I’m very proud and excited to host this special event in Melbourne, where I’ve enjoyed such fantastic support for so many years,” Djokovic said.

“I can’t believe it’s been nine years since I first won the Australian Open, my first Grand Slam victory. To have now won it six times, and equalled the record of the great Roy Emerson, is an achievement I’m incredibly proud of.

“A Night with Novak will be a lot of fun, and I hope to see you all there.”

The great Roy Emerson will be a special guest and the amazing Cirque du Soleil will also perform.

There will also be some nice surprises during the free event, where everybody is welcome.

“I want it to be a big night – I can’t wait to see you all there,” Djokovic said.

Added Australian Open Tournament Director Craig Tiley: “We’re so glad that Novak has decided to kick-off his Australian Open campaign with this special charity event – I’ve no doubt it will be a big hit with the fans and create awareness of the tremendous work Novak is doing with his foundation.

“Novak is one of the great characters of our sport. As well as being a great champion and philanthropist, he’s also a born entertainer, and this event promises to bring out his playful side – I know it’s going to be a lot of fun.

“This year Novak equalled the record six Australian Open titles won by the great Roy Emerson and it will be extra special to have Roy in attendance on the night, along with some of the biggest names in Australian sport.

“I encourage all Melburnians to attend this free event and join us in celebrating such a remarkable champion.”

A Night with Novak is a free event and a ticket will be required to enter. Tickets are available through Ticketek.