Destanee Aiava and Jaimee Fourlis are on course for a final showdown in the girls' 18/u Australian Championships, while the boys' event continues to throw up surprises. 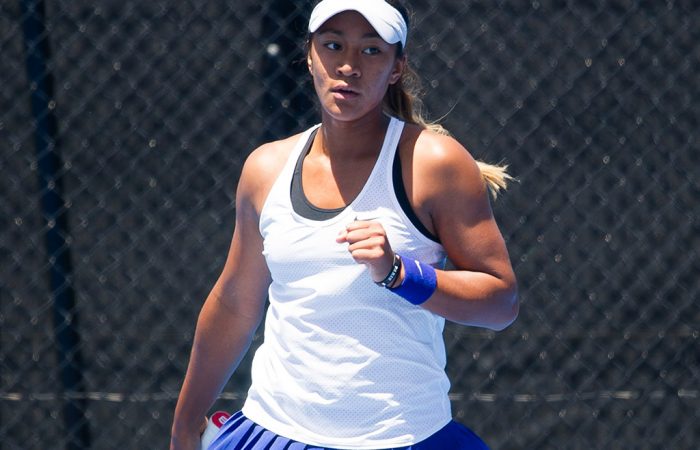 No.1 seed Destanee Aiava and second seed Jaimee Fourlis took a step closer to a final showdown in the 18/u Australian Championships at Melbourne Park.

Aiava and Fourlis – Australian Junior Fed Cup teammates and both with WTA rankings in the top 450 – won their quarterfinals in straight sets on Thursday.

Aiava, 16, who progressed to her first ITF Pro Tour final in Tweed Heads in September, dismissed Alexandra Bozovic 7-5 6-1 to set up a semifinal against Kaylah McPhee.

McPhee upset No.4 seed and defending 18/u champion Priscilla Hon 6-4 7-5 later on Thursday.

Fourlis, who achieved senior success with her first Pro Tour title in Perth in February, brushed aside Michaela Haet 6-2 6-2 and will next face Maddison Inglis.

In the boys’ 18/u event, a wildcard and an unseeded player have advanced to the semifinals.

Scott Jones, the wildcard, continued his stellar tournament with a 1-6 6-3 6-3 victory over eighth seed Benard Nkomba.

Jones will in the last four take on Adam Walton, after the fifth seed beat Matthew Dellavedova 7-6(1) 6-2.

In the top half of the draw, the unseeded Lucas Vuradin continued his unbeaten run in the 18s event this year with a 6-2 1-6 6-2 win over Chase Ferguson, another wildcard.