Davis Cup tennis back in Melbourne

Kooyong will host Australia vs Czech Republic in February 2017. 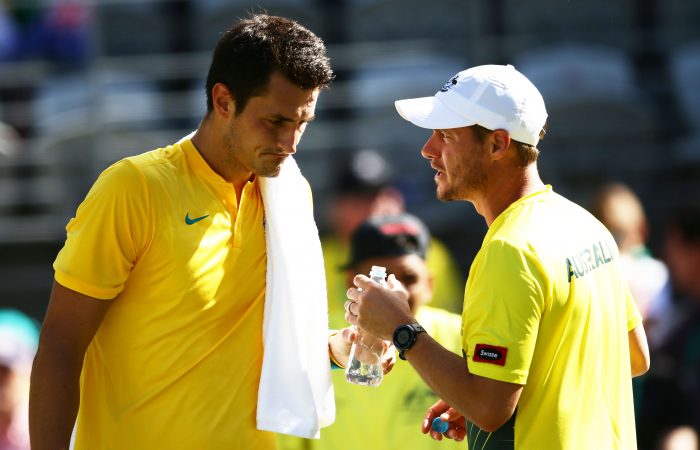 Australia will start their 2017 Davis Cup campaign in Melbourne, Victoria.

The Davis Cup by BNP Paribas World Group first round tie between Australia and Czech Republic will be played on hardcourt at Kooyong Lawn Tennis Club from 3 to 5 February 2017.

The two nations will return to the spiritual home of Australian tennis for the first time in 44 years.

Australia has met the three-time Davis Cup champions on eight occasions and holds a 7-1 record over the Czech team. They most recently met in March 2015 in Ostrava when Australia won 3-2.

“To be back at Kooyong for Davis Cup is a bonus for us. We feel this venue gives us the best possible chance against what will likely be a strong Czech team,” Hewitt said.

“Kooyong holds so much history and provides a handy option for both teams straight after the Aussie Open.

“We were pumped to secure our spot in the World Group in September and the boys are more eager than ever to get off to a good start in 2017.”

President of Kooyong Lawn Tennis Club Peter Carew added, “We are absolutely delighted that Davis Cup tennis will return to Kooyong in February.

“With the Priceline Pharmacy Kooyong Classic and then the Davis Cup, it promises to be another amazing month at the spiritual home of tennis – the Kooyong Lawn Tennis Club.”

“The Davis Cup isn’t just a great sporting spectacle. It’s a big driver of the economy too, as visitors from all over Australia head to Victoria to watch the best of the best in action. Australians love their tennis and they love watching it in Victoria.”

• This tie will mark the ninth meeting between the two nations. Australia holds a 7-1 record over Czech Republic
• The last time Australia and Czech Republic met was in March 2015 in Ostrava on hardcourt. Australia won 3-2 when Thanasi Kokkinakis overcame a two set deficit to win his first live Davis Cup rubber in five over Lukas Rosol. Bernard Tomic won both his singles matches
• In their previous eight meetings, one tie has been played on hardcourt, four on grass and three on clay
• Australia played Czechoslovakia at Kooyong in 1973 in an inter-zonal semifinal on grass. Australia won 4-1 and the tie featured Australian greats Rod Laver, John Newcombe and Ken Rosewall with Neale Fraser as captain
• The winner of this tie will play the winner of Switzerland vs United States
• The last time Australia played a home tie on hardcourt was against Korea in April 2012.

Three-day tickets will go on sale to the general public next Wednesday 7 December at 12.00 pm AEDT via Ticketek or by calling 132 849.

The Davis Cup by BNP Paribas is the World Cup of tennis. It is the largest annual international team competition in sport and was founded in 1900.