The launch of Australian Open 2017 has seen the unveiling of a new entry to the precinct, centred around the Tanderrum Bridge. 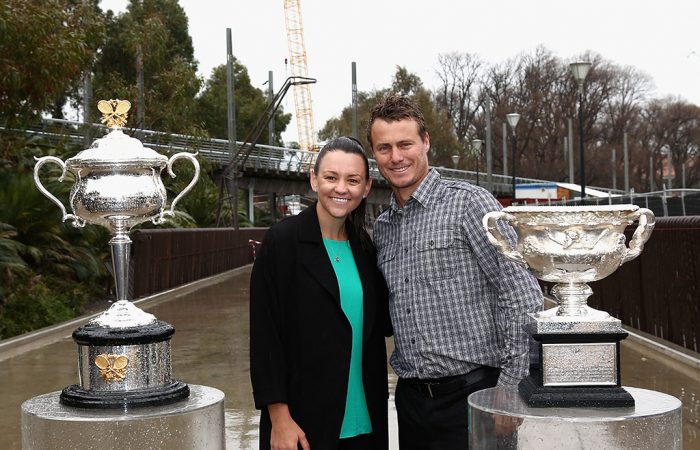 The Australian Open and the Melbourne CBD have just become even closer … literally.

Australian Open 2017 was officially launched on Monday morning at the entry to Tanderrum Bridge, which will provide a seamless link from Birrarung Marr to Melbourne Park.

“It’s the next step in an amazingly clever piece of construction work that effectively turns the focal entry or front of the site from the river to the city,” Australian Open Tournament Director Craig Tiley said.

“This project capitalises on one of the major assets of this event – its close connection to the Melbourne CBD. The Victorian Government and the many, many people who have worked on the redevelopment project deserve enormous credit.”

The new entry point was one of many initiatives announced for AO 2017. Others include:

Tiley said the first Grand Slam of the season was shaping as one of the most intriguing and competitive in years.

“On the men’s side we have a young fresh group of incredibly talented players continuing to surge but they are effectively driving the established superstars to even greater heights – it will be fascinating to see who gives ground,” he said.

“Throw in Roger Federer’s comeback and you have a potent mix for some great tennis.

“In January, Angie Kerber made the world sit up and take notice and she has well and truly backed that up since.

“But does anyone seriously believe Serena won’t come to Melbourne hell bent on winning another AO?

“And there is a growing crop of outstanding challengers who could provide us with another first-time Slam winner.”

Event organisers are aiming to break the 2016 attendance record of 720,363 and continue to grow the economic benefit for the Victorian economy, which was $278.1 million this year.

Australian Open 2017, presented by Kia Motors in association with ANZ, Jacob’s Creek and Rolex, will take place at Melbourne Park from 16-29 January.

Plan your summer at ausopen.com.