Australia's No.1 player Nick Kyrgios has been deemed by team captain Lleyton Hewitt a 50-50 chance of playing in this weekend's Davis Cup World Group Play-off tie against Slovakia. 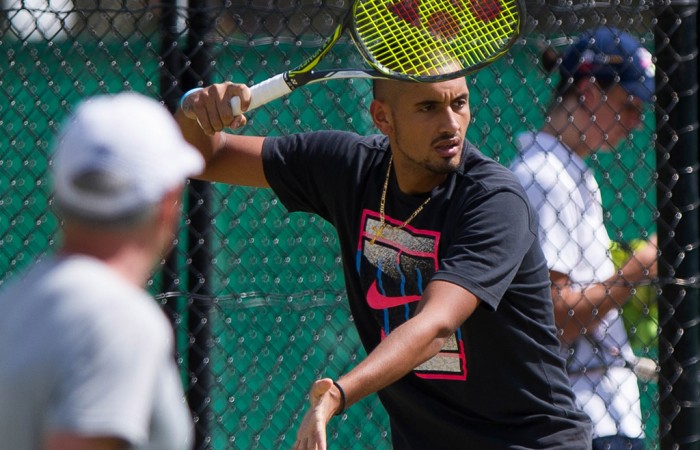 Australia’s highest world-ranked player at No.16, Kyrgios suffered a hip injury which forced his withdrawal from the US Open.

“I was a lot more positive today than I probably had been when I was in New York,” Hewitt said.

“It was a good hit-out today for Nick … hopefully the hip pulls up well but we’ve just got to take it day by day and sort of weighing up how much grasscourt practice he needs to be able to go out there and play as close to 100 per cent as possible come Friday.

“But it was very encouraging today.”

Both Kyrgios and Australia’s No.2 Bernard Tomic are currently ranked inside the world’s top 25 and consider grass as their favourite surface.

The duo have declared themselves available for the 16-18 September tie.