Barton victorious in US Open qualifying

Aussie Matt Barton has continued his impressive Grand Slam form with a win in the opening round of US Open qualifying in New York. 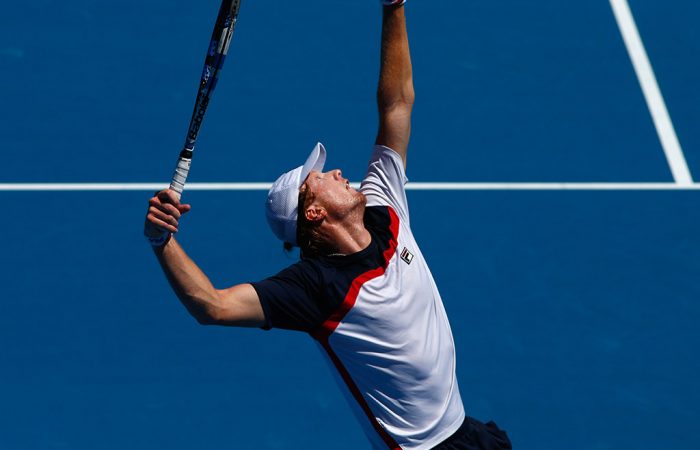 Matt Barton has advanced to the second round of US Open qualifying with an impressive upset win over No.5 seed Nikoloz Baliashvili.

It sets up a second-round meeting with Czech Jiri Satral, who beat American Christopher Eubanks.

Barton announced himself as a Grand Slam force when he used his booming serve and back-court power to qualify for Wimbledon and then reach the second round, his best ever result.

He had never before gone past the second round of qualifying at a major event.

In other Aussie results, Sam Groth and Ben Mitchell bowed out at the first hurdle of qualifying.

Compatriots John-Patrick Smith, Luke Saville, Andrew Whittington and Arina Rodionova will be in action on the second day of qualifying on Wednesday.